How to easily crack hypothetical crap sold as scientific

Ice and snow melted on Antarctica

, but no reports on water rising
So what’s the hype? What’s the buzz 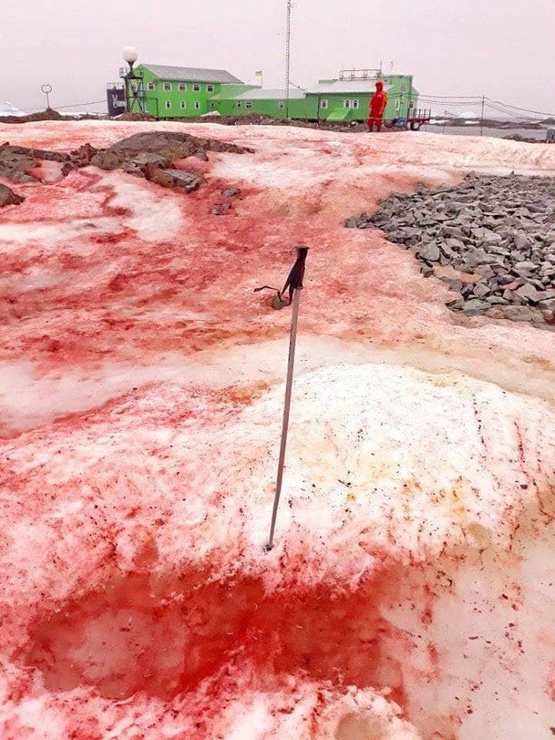 Apparently the testing showed that because of so much hot air flowing out of the Oval Office most of this extra water has evaporated and is in cloud form now.

It’s one problem down as per proving hypothesis wrong.
Another way to prove that foolish monger wrong is to submerge a piece of ice into glass of water, mark water level with marker and wait till ice thaws and recheck water level.
IT WILL REMAIN SAME SAME SAME.
Our planet is a glass of water, therefore there will be no water rising even if all ice melts!

@Trumpeter It's the ice above the water that is melting. Ice the size of small countries.

@WalterWhite exactly
What you need to observe is ice holding above water and melting into it and constantly observing water level inside glass of water. It’s Archimedes law

@Trumpeter Perhaps you are unaware of the recent rises in sea levels? /@JeffMesser

@Trumpeter really? are you genuinely this daft? LOL this is like a clinical study in Dunning-Kruger. So you think the earth is a solid ball of water with a mass of dirt inside it?

@JeffMesser Exactly it is
Earth is 74% water and 26% everything else. Ice is water. If it melts, it’ll still be 74% water
Proof that water is rising is hoax or advertisement

@Trumpeter ??? This is not ice sitting on water. It is massive glaciers on Greenland and Antarctica running into the sea. Your glass of water analogy is absurd. lol

@WalterWhite I can think of thousands of examples of concurrent evolution across various islands in the south pacific that prove trump-fans little hypothesis is wrong. At first thought I am reminded of that Aussie tiger snake that is a slim, sleek model on the mainland ... but on the island where flooding isolated it the snake grew fat and huge as it feasted on greasy blue-footed booby chicks. Genetically identical but a different taxonomy due to the differences caused by flooding as the water levels increased after the last ice age when the ice was more than TWO MILES thick in N. America. I am sorry but Trump-fan there has a gross conceptual error about science and reality.

@JeffMesser what else you can shuffle besides trump ticket?
Now who has lack of education

@Trumpeter if you expect to communicate then perhaps making messages in a proper language would be helpful. who has a lack of education? apparently you.

@JeffMesser you still haven’t proved yours, pork
Writing nice and telling stories isn’t science at all

@Trumpeter wow, you're in way over your head. please depart and have a nice day.

@JeffMesser Yes, he's a weird one. All he had to do is look at the model of Earth from the last Ice Age to see so much more land exposed on the shoreline as the glaciers formed on land. Trumpeter like his namesake is more interested in proving himself right than facing the facts. Have a great day

you DO understand that speculation IS part of science also, right?

I can only accept precise science. The rest of crap is just hypotheses that needs proof before loading it to public

@Trumpeter have you ever worked as a scientist? how do you think they come up with the experiments they perform for your concept of proof?

@JeffMesser I’ve done lots of lab hours, but to prove nonsense of water won’t be rising during global warming is piece of cake for elementary school pupil. You don’t need to be scientist at all.

@Trumpeter you are so lost in the forest that you can't get any objectivity to see above it.

@Trumpeter There is no such thing as proof in science. Hypotheses are a cornerstone of science. That you have worked in a lab does not necessarily imply that you are conversant with the Scientific Method.

For the avoidance of doubt, proof exists in mathematics, liquor, printing and numismatics.

@anglophone precisely. Indian logic does have methods of proof in the various Hindu philosophies and advaita vedanta uses a 3 prong (pramanas) method allowing a claim of absolute proof only if all 3 of these are met: inference, experience, and testimonial.

But non-Vedantic philosophical schools believe in various different numbers of Pramanas, as described in B.L. Atreya's book "The Elements of Indian Logic":

Thinkers who recognize a less number of indispensable means of valid knowledge (Pramanas) try to bring the rest under one or the other of those which they admit.

@JeffMesser I thank you for that knowledge.

@anglophone you're certainly welcome. It just stuns me the nerve and arrogance of people demanding "scientific proof" as their standard while not even knowing the contours of that standard. Not knowing what causes a meter deflection and how that's limited in time and, thus, not quantum in nature? Not understanding why that's important for this topic?? How long have they been an agnostic/atheist??? grrr...

@Trumpeter you have no clue what is being said in this thread. you really should either get a better education or just stick to Bernstein Bears.

@Trumpeter You have no idea what you are talking about. I commend to you @JeffMesser's comment about getting a better education.

You can include a link to this post in your posts and comments by including the text q:464157
Agnostic does not evaluate or guarantee the accuracy of any content. Read full disclaimer.