We rely on members to let us know when posts contain content that violiate the community guidelines. The most common reason that content gets flagged is that it contains dehumanizing or trolling/baiting text. Getting too many flagged posts will result in account termination.
Visit Group Join Group
21 6

How many good friends do you have from other political tribes?

Remember back when sites like Facebook started and everyone was excited to reunite with friends and acquaintances from our past? Then, during and after the 2016 election, we had the "Great Unfriending" where it became increasing harder to be gracious when some of these "friends" posted their different political views. Since many have now limited their peer group to those who are politically aligned, it's rare for people to have friends from another political tribe.

What about you? How many good friends do you have that:

What do you think is the future of friendships and its political implications? Is it possible to mend bridges - perhaps when the administration changes? Do you treat these good friends with opposing views differently than you treat members here with similarly different views? If so, why?

Note: While I'm an agnostic and classically liberal, some of my views are more centrist/conservative than many here. I try, however, to treat those with different views as if we are good friends. 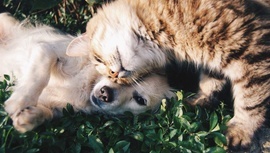 I have several engineer friends at work that were pro Trump. They learned to stop the snowflake shit with me early on, so I’m returning the favor despite correcting comments about all the “evidence” of voter fraud.
They were greatly distressed.
I have no further need to rub their noses in it.
So long as no lies are being spread. 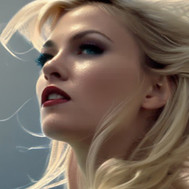 Rubbing noses in things is one of my favorite national pastimes. Just makes me want a hotdog and beer something awful.

@JeffMurray I use smugness as a substitute.
It’s like activist methadone.

Most all my friends from high school and childhood voted for trump. I don't know where they all stood for the 2nd term because I shut down my facebook account last June. My best friend from childhood is a trumpster - but not too extreme - we don't discuss or go there. She works for the Post Office and thinks he done good for it. She's actually ex-military. I don't know where she stands since the insurrection. Most my family are trumpsters. My son is a registered Republican but is not a trumpster - he does however sympathize with them. My grandson is aligned with his grandma.

Politics did become the major wedge in my last relationship. He changed. He went from tuning in to Rachel Maddow to Rush Limbaugh. How does that happen? Both of us have conservative views in certain areas but I never thought he would go that far into the dark side. I think the gauntlet came down on the relationship when I said I was going to run off and join ANTIFA. LMAO now that I think back at it. Have to add that I've always referred to myself as a "feminazi".

Political affiliation does effect where I shop or where I put my money. I will not shop at Hobby Lobby or go to Chick-Filet. I definitely will not give my business to any entity with "Christian" or "Patriot" in it's name.

In my apartment complex, I only know of one couple that are liberal. I am otherwise surrounded by Baptists, Evangelicals, and Trumpublicans. It gets lonely for sure. 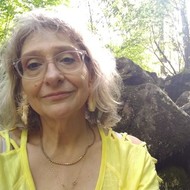 It could be so much worse. You could be one of them. (Intentionally self-deluding, and mostly oblivious to truth).

@TomMcGiverin You can get ride on Uber, Lift or other mass trans. service.

Not sure what constitutes "other". Do I have any good friends that are die hard Trumpers. No. Fuck no. Do I play cards with a couple guys that voted for him. Yes. The die hards that are relatives are cut out of my life, too, but the voted for him the first time then didn't the second I still talk to. I think if you asked this question before Trump, my answer, and I suspect a lot of others would be different. Trump isn't "of" the other party. He's his own, and the Republicans just happened to follow. I can get along with people who have different views on how to attain certain goals or whatever, but I can't get on board with that vile, racist, self-obsessed, selfish pile of shit.

I'm surrounded by enough family from the "other political tribe" I don't need friends as well. That said, I'm not a very social person. If I run into an old friend in public, whom I know does not share my political views, and usually views on religion, I am polite, of course; but I make no effort to socialize beyond that.

I have some family members that stopped contacting me since Trump was elected. Another person I was connected with no longer wants to talk with me about anything else besides politics and or religion because the person has been consumed by fear and anger from those they oppose. 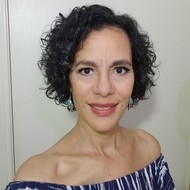 I have friends that I have coffee with several times a week that voted for Trump. I would not call them good friends. Good friends are the people that you make plans with for parties and events. Good friends are people you visit when they're sick and try to help. They do the same for you. I have one very good friend who tries very hard to be apolitical but her views are the same as mine. She's originally from Bosnia and had to live in camps and with great fear until her family was finally accepted into Sweden. She's at that point in her life that she thinks if she avoids politics she can't ever be hurt by it again. I think when she has children that will change.

There are real friends, and there are Facebook "friends".

I have many friends who live on different political planets, social circles, intellectual plateaus.

When Suckerberg stole the idea for Facebook from his "friends" he failed to comprehend the dimensionality of relationships among people.

There are people I am friendly with that have differing views. Having said that, trumpies, nazis, etc. is not a political difference. It is a values difference. Of those, none, and it will stay that way.

My parents and most of my sisters have completely opposing political and religious views as me. Since we still see a lot of each other, it's very difficult to avoid bringing up our perpendicular worldviews, but we all usually try to.

It feels impossible to reason with someone who doesn't value reason, whose wordview is built on faith, believing in something despite what their reasoning may tell them. 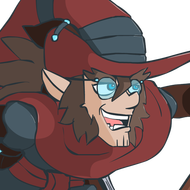 I have lots of friends from the other political and different views but if we were together we don't talk about any topic that we would know we will clash especially politics. We set aside topics that can devastate our moment together. 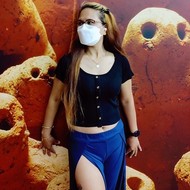 I'm double dipping on the comments here, but I really hope more come and take your survey and add to the comments. Interesting.

Not sure the exact number, but I have family and friends and neighbors from all walks of life. Generally speaking though I don't usually mention politics, religion or social issues to them, and if any of them bring up such topics I just act like I'm paying attention, in favor of zeroing in on the topics we all would have in common. As for political tribes, don't really feel like I belong to any tribe in particular, was always content just being myself and not be too concerned over identity politics.

I try to listen to “their” views and consider the logic. Logic is a huge issue for me. Then come the knock out, “how about listening to me now?” 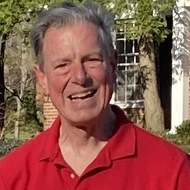 Good friends, NONE! Friends, many.

I’ve been doing politics since 1972 and the first four years were hardball. They included one primary election candidacy and one car bomb murder. ( Don Bolles in wiki.) I’m not often surprised. Soon after DJT’s election I limited myself to saying “He’s going to educate us.”

I have few close friends, but I do interact with the others due to proximity, they voted for agent orange but did not buy the lie after the audits.

However, my desire for contact is less, as is my respect for their cognitive competence.

I am a Bull Moose Independent. My views encompass tradional* Liberal, Conservative, and Libertarian philosophies. I explain to my "One Party Forever" friends, a Carpenter can't build a house with just one tool, and likewise governance requires all options to be on the table.

Actually, I highly disdain all Political Party affiliation as it is always divisive and encourages corruption. Many of our Founding Fathers, like George Washington, knew this and were against the institution.

I have given up on the whole concept of friends, as an introvert. People do not measure up to my impossible standards & I am intolerant of that. I have found people to be mostly the same with many traits in common. The traits are undesirable characteristics but most people have them. I am beginning to think I need to find another culture in another country. I was interested in Sikkim, but they were absorbed by India. Andorra is another possibility. I must not be very good choosing people to be friends with. They always let me down. So I stick with my animal friends.

Don't know why this did not show up sooner on the page when I first log in. I have no good/close friends who are on the right. I have one person who is far right that I use to think of as a good friend. Mid way thru the trump presidency she became more active with her posts on FB. I did pause her onec for 30 days as the batshit crazy stuff she was posting after the pandemic hit and the first lock downs came was just TOO much to take.
Then came the George Floyd comments.
I have an identical twin, she is far right and only gets her news from fox, oann or newsmax. She is also very Christian. We are sisters, not friends.

A few not many

Posted by OldGoat43 TODAY'S TALLY FROM THE WAR IN UKRAINE The General Staff of the Armed Forces of Ukraine reported that between February 24 and July 20, 2022, Russia had lost about : Lost in war with Ukraine ----- ...

Posted by Admin Why not equality right now?

Posted by Admin How many good friends do you have from other political tribes?

Posted by Admin What did Trump do, if anything, to incite violence?

Posted by Admin How do you feel about Parler being removed from the Internet?

Posted by Admin How do you feel about Parler being removed from the Internet?

Posted by Admin Now what?

Posted by Admin What do you expect to be achieved by this week's pro-Trump DC rally?

Posted by Admin Is it ok to affirm someone's untrue beliefs?