The lack of females in the Atheist community is truly disheartening. Odds are that I'll either die alone or have to marry a religious girl. #ShowerThoughts

You could marry me. Oh wait I don’t want to get married. But surely there are atheist women who do. Oh also if you are born in 89 you’re the same age as my oldest child. She’s not atheist though so I can’t help you there either. My other daughter is atheist but gay. Wow. This is the least helpful response ever. Sorry!

LMFAO you had me on the floor. Remind me not to ask you for any help.

LOL
Jenmcjen, my hero of the day❣
LOL
??

Or get in on some of that hot atheist man on man action.

Lol! If only it was that simple.

That was pretty awesome❣??

Meanwhile...
The few women that ARE here are noting the responses...
?????
Good luck with that?

@ScienceGuy89
We appreciate the interesting microcosm of, ew.
Thanks for opportunity to see it in all it's glory??
I'm sure it'll be influential,

Sigh. You're still young. I find that being less young, and in a conservative state there is an extreme dearth of available men. Most have ties to religion, or are supporters of Don the Con, or have health issues and are looking for a nurse with a purse. I'm likely to die single, but at least I won't have to put up with Fox News on my TV.

Well if you have to marry a religious girl, (or die), the Atheist women on this site are not going to stop you.
Cheers

Well, don't cry....The lack of males in the Atheist community, with a higher level of education and in my age category is way more than disheartening.

@Shaun1471 UK is not good for an Argentinian.

Its hard for athiest women to find athiest men to date as well. When I was single I was hit on continuously by religous nutters who thought I was a sure thing as I would have no morals. Even propositioned by a Ctholic Priest.

Why do I not find that surprising! I've talked to a few of the women here, especially the greeters, & a lot of trolls initially come on thinking that just because this is an agnostic/atheist site that every woman must automatically be some sort of wanton libertine! I can only imagine the automatic turn-off that has got to be, let alone the direct insult! Some guys, believers or no, just don't, & maybe never will, get it!

I love the guys that try to save me! I’m just a woman please explain your religion to me so I can feel a magical connection with your imaginary friend. ?

omg. If you don't mind my asking how did the priest proposition you?

Uh dude. Have you looked on here. There's at least 12 of us.

@Blindbird, multiple personalities? & 12 of them? More of a challenge than I first thought!!!

@phxbillcee hahaha. You ain't seen nothing yet bub

@Blindbird Well, a few of the cameras are operational!

Location, location, location. Also, women tend to not be as boisterous and open. One of the reasons (at least in the U.S.) is that if they have children they're often bullied.

Worldwide, the belief gap between men and women is statistically insignificant.

@ScienceGuy89 Yes, but I suspect many of these women are skeptics. I am a seasoned blogger, mostly writing about religion, and I've met loads of women online over the last 8 years who said they counted the cost and were concerned for their children and marriage. If I had known then what I know now with regard to the repercussions i.e., losing my livelihood, a marriage, all but one friend and my social network, I may have been a bit more discreet. Men don't seem to experience the same degree of repercussions for being openly atheist as women do, although I've met several who are still in the closet for similar reasons.

There are worse things than dying alone

Yeah, like dying alone with a stranger next to you.

Put yourself out there. BTW... you have no profile and you just got on here. Come on brother! Dont give up so quickly! Hell... don't give up at all...

There are plenty of females.

If you aren't finding any it's either because they don't like your guilt trip, or you don't acknowledge the ones that are.

@ScienceGuy89 well I can already tell that you have zero shot with 98% of us with that attitude. No wonder we are all hiding from you. To protect them all, yeah sure there aren't enough. There's 3 of us and we are all lesbians with eachother. Yep.

@LadyAlyxandrea 'all lesbians with each other'

Well there are not many men wanting to tangle with a grown ass
woman. Sad but true. 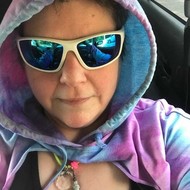 Absolutely true! Most can't handle a strong and independent woman. At least in my experience.

Don’t give up! We are out there! I have the same problem finding a good atheist man in the Bible Belt.

You'll need to search our database.

Also I bet there are plenty of sciencegals who are atheists.

I think there are plenty of women in the atheist community. The thing is, many of us have no use for marriage. Been there, done that, burned the t-shirt.

Seems like we are all too spread out sometimes

I met a nice Catholic girl on match.com. When I stay at her place and she skips church, she calls it an "Atheist Weekend"

@atheist yea who was it that said that? They lie!

Take an extended vacation in the Pacific Northwest. Sort of a shopping trip.

However, I found one in the heart of Mexico, so I can't relate to your problem too well.

Be careful in the PNW though (my former home) ..it’s littered with misfits from across the nation, and often ‘no religion’ equates to attention seeking behavior underlying a more serious and permanent personality disorder... My last serious romance was with a Birkenstock tie-dye wearing ‘hippy wannabe’ in the heart of Oregon’s wine country. Claiming ‘no religion,’ though lingering Catholic at the core ..crystal worship and spirit cleansings had taken it’s place

@Varn --Yep, there is that to keep in mind Use caution because there be New Agers in the PNW.

I didn't think there was a lack of women

Or don't marry anyone at all. That's an option too!

You say that but you just joined. Have no profile set-up. This single post. Dude, at least stick your toe in before you complain about the temperature!

I joined to get away from religiously minded people. I don't believe in god. Period.

I'm female. And while the best know atheists are men, female atheists do exist.

Actually, we have an amazing bevy of beautiful atheist women on this site. & beautiful in many ways. Some are just wicked smart, some are wicked sharp & some are just wicked!!! I consider a number of them my true friends, tho most of us have not met face to face, yet! I consider myself lucky in that respect, tho I haven't met a real "match" as yet. I'm still having a ball!

I think I disagree somewhat. I think there's a severe lack of women willing to say online that they are single/available. Some lie about being married, or in a relationship. Some lie about being male. Some keep themselves to private online circles, rather than being public. Some avoid social media completely. Some have never used modern technology, ever.

The saddest part is that they have good reason to be like this: we live in a narcissistic society. So many people refuse to take no for an answer. So many are bullies, pushing people to the Nth degree, impatiently, intolerantly, cruelly, single mindedly pursuing others to get what they want. So many are psychopaths, with a total lack of empathy for another's feelings.

Dating has become a warzone. You can't really blame people for withdrawing from participation.

@ScienceGuy89 Look closely at the latest census data for your area. Chances are there are more women than men. That statistic holds true for most places on Earth, just not on social media.

You candd include a link to this post in your posts and comments by including the text q:64834
Agnostic does not evaluate or guarantee the accuracy of any content. Read full disclaimer.