We rely on members to let us know when posts contain content that violiate the community guidelines. The most common reason that content gets flagged is that it contains dehumanizing or trolling/baiting text. Getting too many flagged posts will result in account termination.
5 0

Does this offend autistic people? 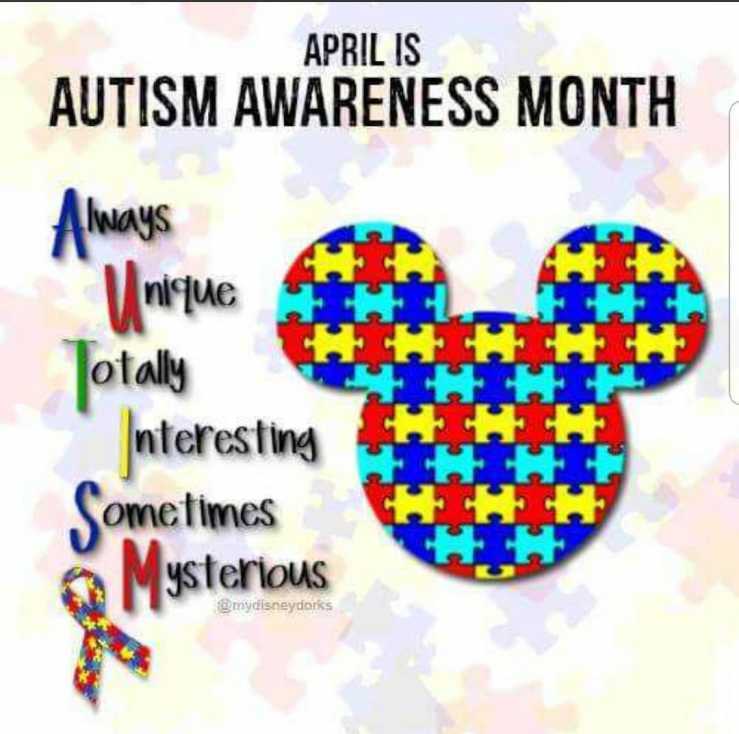 I have Asperger's, and like a lot of people I'd rather have acceptance. But I'm not going to reject awareness if we need it to get to acceptance. This didn't offend me at all.

That's my way of thinking. Use awareness as the path to acceptance. The user who called this offensive wants acceptance immediately. But, how can anyone accept you if they're not aware of you??

@Melbates maybe they think "autism awareness" means awareness, nothing more. And if I'm to be honest, that's how I thought for a long time. It wasn't until I read some comments here that I rethought my position - you know, you grow.

I have Aspergers, I have a grand niece who is non-communities autistic, and I work with an autism group at school, I do not find it offensive or believe others I know would. In fact I have seen something similar in the classroom. My only complaint is that the puzzle piece is often the big advert for the moronic anti-vaccination imbeciles.

I honestly haven't seen the puzzle piece anywhere but autism stuff. So, I would hope that, to the general public, that's the connotation they connect it to.

Ha, I am an aspi, and part of me, is nothing offends me.

I'm trying to find a middle ground, I guess. Some people say it's offensive because they want acceptance not just awareness whereas others, like AustinSkepticus below say they understand the necessity of both. You can't have acceptance if you don't have awareness first. But, in another group on here, I got my ass handed to me for sharing this picture.

I'm not autistic but work with and know quite a few. I don't think there's any offense there but the Mickey Mouse connection is puzzling, I would have thought it would be lost on most autistic people or it will be a major distraction.
The other comment I see and hear a lot is about raising awareness and getting people to understand the condition and so be able to relate better as neurotypicals really have to take the lead on this because most autistic people can't. They all the same emotions and feelings as everybody else but it can take time to show or respond to it, if they know how to in a conventional manner. I once heard this delay as a form of buffering, similar to what a computer does during a download.
Going back to your original question, do you think it's offensive and if so, why?

The Mickey ears are because I stole it from a Facebook page called DisneyDorks. And, if I'm not mistaken, Disney parks have sensory days.

Can you read my response to AustinSkepticus below? That's why I inquired. Edit: NVM I see you did that already.

I think some of it seems to be condescending. Autistics need to be figured out, spread awareness of this thing so we can get rid of it (most of this is supported by people who are not autistic). Most autistics (myself included), prefer the alternative: Autism Acceptance. Because that's what we want and because we don't tend to get that, our life expectancy is very low manly because of suicide. Of course none of this is your fault. I had to explain this to plenty of my family members. We are hardly treated as equals: "Autistics are so strange and mysterious, I wonder if we'll ever figure them out" they tend to say. All whilst ignoring the voices of people who are actually autistic, like they never bother even asking us what we think or feel. Second class citizens.

@austinskepticus the reason I ask is because I shared it in another group on here and one of our members was rather militant about acceptance compared to awareness. I wasn't expecting such an extreme response.

My nephew is high functioning but not enough that he'll ever have a job or anything close to "normalcy." He will always be in the "home" my sister slapped him in. I haven't seen him in over five years. He's my sister's trump card to "make me behave."

A friend is even more high functioning. He's an accountant. He's the one I went to with all of this looking for answers because I'd never heard it before.

I try to keep up with ASD news. I follow several Facebook pages. I haven't heard of this til now.

When the other member commented (before giving her explanation), I had the mindset of "any news is good news." Also, this specific post doesn't mention Autism Speaks (which really set her off) so I'm so lost right now.

I think another thing, for me anyway, is I've never treated any of the aforementioned people any differently. Honestly forget about the ASD for the three friends half the time. And, they hadn't said anything either. So, this is all new to me.

But, again, I just wasn't expecting the abrasive way the other person came off (she'd already exhibited conspiracy theorist tendencies on another of my post's) so I wasn't too keen on believing her.

@Melbates The acceptance probably spurs from the Aspergers folks, many of us can articulate pretty well. We were grouped with all kinds of autism in that new diagnosis so now it's so confusing. I think it made things worse by grouping everything together.

@Melbates Oh dear. I hope this helps. In 2013 Autism and Aspergers were grouped together as ASD. Before that they were separate but similar. I feel like this has confused people too much by grouping everything together.

@AustinSkepticus Well, that, but, also, I wasn't exactly sure which part of my comment you were responding to. You said acceptance probably spurs from Asperger's folks. Well, isn't acceptance what you said you wanted?? And, what do you mean by many of y'all can articulate pretty well? I mean, that's obvious. We're having a conversation whereas, with my nephew, he'd be asking when he can get on the computer (his niche is coding).

@AustinSkepticus @Melbates The whole ASC thing can be confusing (I prefer autistic spectrum condition as opposed to using a D for disorder) but for the reasoning for the change in classification look up DSM-5 from the APA
I could be preaching to the already converted but do you know the history of Kanner Autism and Asperger's Syndrome and how they relate?

@ipdg77 I recently saw a post here with an article outlining the "work" of "Doctor" Asperger.

@Melbates Hans Asperger? As far as I'm aware he was as responsible for identifying autism as Leo Kanner was, Asperger dealt with people showing signs of what is now called autism but without a learning disability, Kanner's work was with autistic people with a learning disability. Their work was done separately although at the same time and comparison afterwards revealed similar traits.

@Melbates I wondered why Dr was parenthesized, he really was a doctor, he was an Austrian pediatrician, medical theorist, and medical professor and gained his medical degree in 1931

At this point I'm lost too

@ipdg77 I did the quotes around his name because he lost that title once he aligned himself with the Nazi's and tortured other humans.

@AustinSkepticus LMFAO!!!! I'm sorry, honey. I really did just want to learn whether this woman who pushed acceptance over awareness was real or just a conspiracist.

@Melbates, yeah, you only wonder because my nephew and my cousins' children regressed immediately after vaccination.

@TaraMarshall I had every right to seek out other sources of information. You are extremely combative. @AustinSkepticus calmly explained it to me. I'd previously called you a conspiracy theorist on one of my other post's, you claimed to have the "proof" but never presented it. I am SURROUNDED by Asperger's and Autistic people. And, your verbal assault was the fist I'd heard of the fight between "acceptance" and "awareness." You can't have acceptance if people aren't aware first. But, the way your explanation came off was you want acceptance immediately. That's rather difficult if someone knows nothing, has no awareness, of autism or Asperger's.

@Melbates LOL, I'm surrounded by Autistic people IRL every day I go to work, see my family, or run the local support group. Surrounded? Yeah, and usually beyond outnumbered.

And my memory isn't always the best, so I probably forgot whatever it was you say I didn't provide proof of.

@TaraMarshall I have brain damage which caused severe memory loss and even I would say that's a very convenient excuse. Also, very suspect that someone with the level of intelligence you claim to have wouldn't remember things they've said.

@Melbates, I had a TBI when I was 7, and I have Epilepsy. I never said anything about my intelligence.

@Melbates, whatever, I find you at least as unpleasant a person as you apparently find me.

@TaraMarshall I don't find you unpleasant. Just don't like liars.