We rely on members to let us know when posts contain content that violiate the community guidelines. The most common reason that content gets flagged is that it contains dehumanizing or trolling/baiting text. Getting too many flagged posts will result in account termination.
Visit Group Join Group

I’m soo terribly introverted it kept me from getting a job that I desperately needed. I want to try to be a little more extroverted so I can function better in the social world, but how would I go about trying to fix this?

Get a buzz on for the interview, perhaps one hit to loosen you up. Other ideas: heavy physical before appearance, focus on your interaction with them, not your internal concerns, join some sort of group therapy or support group to lesson anxiety about speaking in a group. Bring a support person who will remain in the waiting room.

I wonder if you are shy in addition to being introverted. If so, you might try a little counseling to deal with the shyness.

There is nothing wrong with being an introvert, so please don't feel that there is. Sometimes you might have to put on a different personality to deal with work or social situations. I just deal with those situations and know that I have ample opportunity for alone time later.

Have you even come back to read any of these suggestions? "LIKE" them to show you read them.

I think you are probably shy as well as being introverted. Not all introverts are shy. When I was at work I put on my work personality and did my job well. After work off came the mask and back to me again. Grrrrr to people who say just do it. Not helpful. If you have a friend who will go places with you it might be helpful to try being out among people. The movie theater or plays in the park or a concert or a carnival. Having someone with you makes things easier. All this might help you being around people. You can add in smiling, nodding, maybe a Hi. Maybe small talk at the check out line. Giving out a compliment is easiest. Hey I like your hair, shoes, purse, or t-shirt. Make sure it's an honest compliment. Your county or city health dept probably can give you access to counseling on a sliding scale of payment. Again, have someone go with you, call and make an appointment. Good luck you're not alone there are lots of us.

For what it's worth, I'm the same way and I hated it when people told me to "just get out there and join a group". Joining groups would not make me hate them any less. Two's a crowd in my world.

However, I managed to have a successful career in business sales, which required a lot of interaction with clients and vendors. I tried to look at all my business interactions as just that... business. I didn't have to like them (although it helped if I did). I had trouble with the social aspect of it, so on those "booze and schmooze" occasions when I had to socialize, I just smiled and asked questions and tried to look like I was engaged and that the answers mattered to me... but when it was strictly business, I put on my extrovert hat and did my job. After a while it became second nature.

I do agree that volunteering for a cause you support is a good idea to increase interaction with people. There you can meet others who share your values.... you don't have to have lunch with them... just participate in the good work they're doing.

Good luck to you. Hope the next interview goes better. 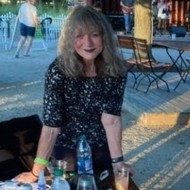 Just get out the house and do it...

It is difficult for introverts to begin or maintain a conversation . I've learned it's much easier to encourage others to take on that portion of a conversation , and here's how I do it . First though , I am fat , old , and disabled . I'm interested in cosplay . I converted my scooter ( electric wheel chair ) , into a dragon . I never thought I did a very good job of making it into a dragon , but apparently good enough , Then I go where costumes are expected , although sometimes questionably so . I went to an art event ,where the artist concentrated on scenes from Star Wars , Harry Potter , etc . Others turned up in costume as well , but I got the attention of some of the cosplayers and even the , "muggles , " enjoyed my dragon . People asked if they could take my picture . I had wanted to meet Capt America , but had nothing to say so , just watched him and his lady as they posed for photos with children . And suddenly , his lady friend came to me , and was very excited about my dragon , and wanted to know where I found it . I later went to a German Festival with my dragon . Again people stopped me to talk to me , including a lady who was working at a grocery store I frequent . She recognized me and apparently I had talked with her about the bits that live permanently on the scooter while in the store . I went to an art festival / wine tasting in Old Town and people loved my dragon and took more photos . Later , when I was at the Renniasance Festivel , Loads of people took my photo and talked to me . A lady who had seen me at the Old Town art festivel came to tell me I'd met her there . I saw an advertisement inviting cosplayers to a Think Geek store. I went without my dragon but had a lovely chat with a salesmen there about the contest . Later , I put on the dragon and went in for photos , and we chatted again briefly . He seemed very enthusiastic . At Renn Fest , he suddenly popped up in front of me , said my name and and reminded me of his . We chatted for a bit , then went over and continued our conversation with his wife . While I am more recognizable with my dragon , than without , people do remember us , and are willing to talk to me , when I am too shy to talk to them . Once te ice is broken , it's so much easier .

I feel you. I've missed out on many opportunities because of my being an extreme introvert. I like the idea of trying to volunteer in an organization you feel passionate about and the fact that you are talking in this group is a first step. Good luck.

Take some classes , I would try going to a Unitarian church I think they are all about fellowship not god you would be welcome there . Help out habitat for humanity or some other community volunteer program and make an effort to communicate with others in the program .

Posted by BBebersteinSeriously, I do not like talking on the phone… text me damnit!