so that was a big storm

Underwater surveying has started, after days of stormy weather

Underwater surveying began Monday as officials try to determine the impact of Friday's estimated 250,000-litre oil spill — the largest in Newfoundland and Labrador's history — in the White Rose offshore oilfield.

The oil is believed to have spilled from a flowline to the SeaRose floating production storage and offloading vessel (FPSO), which is stationed about 350 kilometres off the east coast of the Avalon Peninsula.

If Husky's estimate of the spill volume — 250 cubic metres, or 250,000 litres — is correct, the Canada-Newfoundland and Labrador Offshore Petroleum Board (C-NLOPB) has confirmed that it is the largest oil spill in the province's history.

In an emailed statement, Husky Energy said a remote-operated vehicle crew is surveying the situation underwater, and "will look to further isolate flowlines within the subsea network to reduce the potential for escalation."

Husky Energy has estimated that the volume of the spill is 250 cubic metres, or 250,000 litres. The Canada-Newfoundland and Labrador Offshore Petroleum Board, which regulates development in the industry, said that would be the largest spill in Newfoundland's offshore.

Natural Resources Minister Siobhan Coady told CBC's St. John's Morning Show on Monday that the spill is believed to be a "batch spill" and that it is likely not continuing.

"This is an ongoing situation," she said. "The consideration of how much oil has been let go and what the effects are of this spill is ongoing."

An aerial surveillance flight on Monday morning showed no signs of sheens in the White Rose and Grand Banks area, said a spokesperson for Husky. A second flight was planned for the afternoon, with a focus on wildlife.

It's the second bout of trouble for Husky's SeaRose FPSO this year. In January, production on the vessel was suspended by the C-NLOPB because of how Husky handled a close call with an iceberg that got too close to the vessel.

Husky told CBC News it would not be doing interviews about the spill. 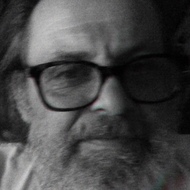 what Patone number is that again?

They have decide to not do interviews about the spill, how very convenient. I hope the media goes crazy and spreads a bunch of half truths and innuendo about the effects of the spill which makes it look much worse than it is and damages Husky's already tepid reputation as a responsible corporate citizen. What a bunch of jack wagons at Husky.