NAFTA from the US media. Yes I know the last post was about this, but that was also a Canadian site. I'm just curious as to what you thing may be reported incorrectly on either article. Do you think this will hurt Canada worse than the US? Do you think the US is only out for a gain? If so, why did Justin sign?

On a side note, look at the rep for Mexico. It looks like he wants to punch him in the face (like most people), and in the video, he runs like hell to get away from him!

Near as I can see there were no BIG changes . . just enough to give Donnie a "Win".

There is some irony in the fact that the US dairy sector suffers from oversupply due to the government subsidies they receive. So US tax payers are in essence paying Canadians to drink that milk lmao

Can & Mex both lost by giving up the freedom/ right to make deals with other countries without US approval. I call serious bullshit on that. 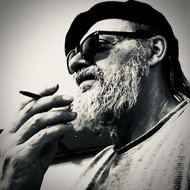 Thank you for your reply.

there are wins for everybody in the agreement. No big loses. Even the milk trade agreement is not a big deal i.e. 3% of the Canadian market is a drop in the bucket, everything above that will be highly taxed like before. Also, no growth hormones are allowed in milk in Canada, so the American milk exported will need to be clean hence be more expensive.
The milk deal was more a showpiece win for Trump trying to appease the dairy industry in the US struggling with excess capacity thinking they can open a new market in Canada. Same dynamics here, Canadians are also consuming less and less milk. Québec may stump their feet in anger but the reality is milk producers are making actual money on cheese and cheese will get more competition from the EU trade agreement than from the US.

The biggest win for Canada was to maintain chapter 19: The capacity for an independent panel for trade dispute. It is a weapon for soft lumber dispute, steel and aluminum and eventually milk. Currently China, Europe, Japan and Canada are protesting at the international trade tribunal citing that the USA cannot impose tariffs on security grounds (which the only exception to all free trade agreement). This reason is being challenged as unfounded. How can Canada pose a security risk to the USA?