We rely on members to let us know when posts contain content that violiate the community guidelines. The most common reason that content gets flagged is that it contains dehumanizing or trolling/baiting text. Getting too many flagged posts will result in account termination.
Visit Group Join Group
5 0

This is a question to American folks.

I've come across quite a few Republican/Libertarian Christians on social media, and I'm under the impression that they seem to like keeping themselves "outraged" by sharing memes, YouTube videos, etc. about what they object to.
They also seem to like generating notions like "The left destroy everything they touch.", "We're on the verge of the third civil war (culture war?).", that sort of things. Rather extreme... Being outraged like this all the time is surely bad for their own well-being.

Is it typical of Republican/Libertarian Christians in America? I believe that American society is very polarised over politics.

I'm just curious, really. If you could provide me with some insight, I would be grateful. Thanks.

As far as I can tell, the thin skin is pretty evenly distributed. 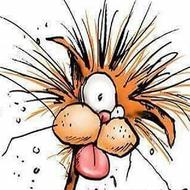 That's what every "other" group tends to seem like, no matter which you're part of. I like to think I have a sense of humor lol. Plus, I don't spend all day discussing politics.

@Jetty Yeah, there is more to life than politics. It's too bad so many people think of basically nothing else. Generally people on whichever side lost the most recent election.

In an internal poll a year or so ago almost 40% of LP members self-identified as Atheists. Beyond that, Libertarians do tend to a certain degree of outrage as they see the abuses of the two old parties continue to pile up.

It seems to me that many LIbertarians fall under one of two categories:

Conversely, I believe many people that are totalitarian fall into one of two categories:

@Jetty, your examples are conservatives, not Libertarians. I think most ideologues are pretty rigid. The question is whether they are rigidly right or rigidly wrong.

American politics has been steadily getting more polarized over the past few decades. When the Tea Party arrived their agenda was to stop all working with the Democrats and only do why they feel is right... Not working with others to come to a mutually beneficial outcome. Then it turned into "anything to stop Obama because he isn't an American citizen. This was, of course, all total BS but it did rile the redneck red states who are so stupid they can be convinced that voting for someone who will do everything they can to harm their constituency is a good thing... As long as you stop abortion and let me keep my guns.

Flash forward to Russia's meddling and Trump's rise. The polarization deepened and now is more extreme than ever before. You now have morons saying they would rather be Russian than Democrat? Good! Let them move to Moscow!

The fact that the religious right would hook their wagon to a known and proven con-man shows how full of shit they are!

And then there's the Democrats...

@Jetty, there are no existing capitalist systems. All have some degree of socialism.

@Jetty My dad used to say... All generalisms are incorrect! Including the one I just made!