We rely on members to let us know when posts contain content that violiate the community guidelines. The most common reason that content gets flagged is that it contains dehumanizing or trolling/baiting text. Getting too many flagged posts will result in account termination.
Visit Group Join Group
17 1

What is the reason to live? What are we living for? 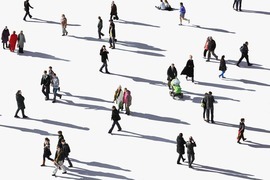 I'm living for the weekend.

I always liked this exchange in the movie Equilibrium about why we're alive, highlighting that many of the things we value — "productive" things — might be necessary but are woefully insufficient in providing meaning in our lives:

I realize that I didn't really answer you question, but there's really so many facets to what you've asked that it's difficult to narrow down a response. Here's my best shot, though:

The reason to live & asking what we are living for seems to imply there is a purpose to our life, & then we must ask if this is an individual purpose or one that applies to humanity as a whole, which means purpose would come from outside & not inside.

If purpose is individual to us, then we must decide for ourselves what our purpose is. If purpose comes from outside, whoever is in charge of it is doing a hell of a bad job, because nobody seems to know what it is.

But it seems arbitrary to assume life has a purpose other than the one we give our individual existence for ourselves. 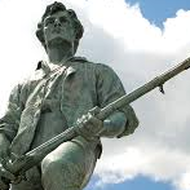 Who knows? We can make up answers to that questions.

At the end of the day probably won’t make any difference apart from creating our own narrative to the meaning of life.

Ask instead, what you are living for.

Freud and Betty Friedan came up with similar answers, a century apart. Freud asked the question, "What does man want/" He answered by saying man wants "Arbeit," or work. I believe he meant this in terms of what gives purpose to us, what defines us, and, especially in his time men (remember that he lived in a very paternalistic time and culture) defined them selves by what sort of work they did. If you asked a fellow "Wat are you?" he'd not answer that he was an uncle, father, husband, etc. He would say that he was a laborer, a doctor, a shoemaker. Betty Friedan did a very long, rather immersive study, and published her answer in 1993. The book was called "The Fountain of Age," and her answer was that people want something to look forward to, that that gave them purpose. It could be anything that resonated with the person, from being involved with grandchildren, to wanting to be the best origami expert on one's side of the Mississippi, but something to want to wake up for.

The purpose of life is to experience life.

We are living on a big rock that is spinning at approximately 1,000MPH orbiting a sun at more than 66,000 miles per hour in an outer spiral arm of the Milky Way Galaxy. Most of the galaxies appear to be flying apart in no discernible direction.

You do not beat your heart, breathe or operate the rods and cones in your eyes as it is all regulated by the autonomic nervous system. Imagine if you had to make decisions with regard to the functioning of your body you would probably never make it out of bed let alone raise or ponder reason(s) to live.

That’s a philosophical question that has dogged thinkers since thinking began! Here’s a selection of conclusions.

Humanist Manifesto - the nature of the universe is what people discern it to be.

Hinduism - progression of the ātman over many lifetimes, and its ultimate movement towards liberation from karma.

Buddhism- Achieving Nirvana by your own experience, critical investigation, and reasoning instead of by blind faith

Zoroastrianism- people must take an active role in the universal conflict, with good thoughts, good words and good deeds to ensure happiness and to keep chaos at bay

go Zoroastra, but we should try to prevent the conflict

We make our own reasons - nothing is supplied from anywhere else.

As far as I can tell, there is no reason.
Random chance put us here and we each decide how we want to live our lives.
My goal is to be as content (hopefully even happy) each day and to spread happiness, love, hope and joy to as many as I can wherever and whenever I can. (some days are more successful than others)
It's all pretty futile, so I try to muddle through with as cheery a disposition and I can muster.

To procreate - to raise the offspring - to die

Buggered if I know right now.

That is something that each one of us has to decide for ourself. Maybe there is no reason but I am here so I try to enjoy life and get through it with as little harm to others as I possibly can.

I do the Socrates' idea of the examined life.

Then there's the Maslow hierarchy. Or having a family.

Each to their own.

Happiness and joy... There's really nothing else and I'm fine with that

What makes you happy?

@NR92 running in nature, swimming, talking to my girlfriends... Taking care of my newborn daughter...