Just finished a biography on Frederick Douglass and this seemed like a good followup. 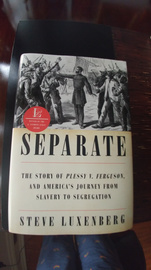 Bet it is a good read, Amelie. Folks don't know that while greater total numbers of lynchings were in the South, by far the largest massacres of black people took place in the North. 1863 New York City anti Emancipation/Union army draft riots by Irish killed 2-300, and perhaps ten times that number if a Union sea captain didn't bring cannons ashore and fire a volley of grapeshot into rioting mob. Oklahoma City whites bombed huge neighborhood of prosperous educated blacks people, driving thousands from their homes and businesses. 30 or more killed in Duluth, Minnesota.

Here in Dayton, Ohio 1923 a huge KKK rally took place that had a WOMEN'S AUXILLIARY of hundreds! I had to wonder if my Irish grandmother was there! Klan was EVERYWHERE, coast to coast, Mexican border to Canada. Until Fair Housing Act of 1975 almost very town had its real estate Color Line... A main street dividing whites from everyone else. This atheist is forced to quote the shortest verse in the bible: "Jesus wept." 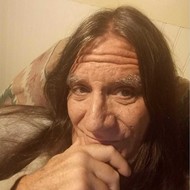 Posted by AmelieMatisseMy latest read. I really though I was well informed about this era. Sadly I was not.

Posted by AmelieMatisseI went to a lecture by author Richard Rothstein. If you are interested in learning how our government segregated this country, you will find this book fascinating

Posted by snytiger6With the current trend of the far right moving into the forefront of many countries aroudn the world, perhaps it is time for people to rediscover the book "It Can't Happen Here" by Sinclair Lewis.

Posted by AmelieMatisseAnyone who is an art lover will enjoy this book. And if you are anywhere near Baltimore MD a trip to the Baltimore Museum will get you the chance to see the Cone sisters amazing collection for free

Posted by AmelieMatisseJust finished a biography on Frederick Douglass and this seemed like a good followup.

Posted by GuyKeithAnyone here like Joseph Heller? You may be familiar with Catch-22, but have you read his other books, especially Something Happened? If anyone has read it, let me know. I would like to discuss it.

Posted by ninjarider1Well, one can always hope!

Posted by ninjarider1I "check out" when I read!

Posted by ninjarider1Twenty five percent? I'd say more than that!

Posted by snytiger6Instead of powering it up...