Humanists International (formerly International Humanist and Ethical Union) published its 7th "Freedom of Thought Report." Once again, Canada has been identified as a country that systemically discriminates against atheists. (https://fot.humanists.international/) Secular Connexion Séculière is lobbying the government to correct some of this.(www.secularconnexion.ca)

I am never shy about discussing my non-believing. ways in this country. Never had a problem. When I travel, however, I mind my p's and q's concerning politics, sex and religion. If anyone asks I can truthfully answer I was confirmed an Anglican and leave it at that. 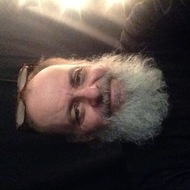 Systemic discrimination is different. It is the kind of discrimination that is built into our laws-our system. Non-believers can not sing O Canada in either language without being hypocrites. The National Anthems Act of 1980 put God into the English version. It was always there in the French.See [secularconnexion.ca] for a version we can all sing.

Section 296 of the Criminal Code of Canada, the anti-blasphemy clause, has been expunged, but until it was religions could prefer charges against us according to their definition of blasphemy.

Section 319 (3b) is still there and it essentially gives religious speakers and writers the freedom speak and write hate literature as long as they support their argument from their holy writings.

The preamble of the Charter of Rights and Freedoms is religious and although it has no effect in law it gives God believers a sense of rigtht.

Reading the report referenced will give you a more thorough understanding of what Humanists International means by systemic discrimination. 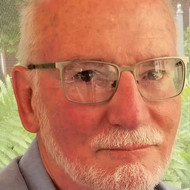 Living here in Alberta I have often felt this, friends of mine for years were reluctant to reveal that they were non-believers to my. For exactly the same reason i was reluctant to mention it. Your religious friends and neighbours disappear on learning this.

I am openly atheist and have never felt discriminated against in Canada, definitely not in a systematic manner. Bermuda was my home for many years and they have a strong Xstian bias but they are also homophobic even though I knew many that were on the down low as well as the standard joke that the most confusing day in Bermuda was Father's Day. We do love to bitch in Canada, I'll give you that.

That surprises me. I don’t remember feeling generally discriminated against in Canada for my lack of religion. It probably is worse in different regions.