I don't know if anyone got targetted ads from Canada Strong and Proud (I did on fbook) but check out the scam they ended up running! Typicals cons >:/ "Elections Canada says it has received reports of misleading robocalls made to voters suggesting voting actually takes place on Tuesday, the day after election day.

Brad McKnight, who lives in Fredericton, told CBC News he received a misleading robocall just after 10 a.m. Monday from a group that said voting day was "tomorrow."

"It just said they're urging me to vote with my conscience and that this is a very important election, and it wasn't really pushing any political agenda," said McKnight. "But it caught me off guard at the end because they said, I'm trying to remember the exact wording, but essentially, 'We urge you to vote tomorrow.'"

He provided CBC News with a screenshot of the time the call was made to his phone. When CBC called the number in the screenshot, it went to a voicemail message for a group that calls itself as Proudly New Brunswick.

Proudly New Brunswick is affiliated with Canada Strong and Proud, a third-party group that opposes carbon taxes. CBC News has reached out to one of the directors of the group for comment."

The REgressive Right is always willing to do whatever it takes to tilt things in their favour as their base is slowly dying out. If you look at the map of how people voted you tend to see Red/Orange/Green Urban Areas surrounded by a sea of Blue Rural Areas.
[newsinteractives.cbc.ca]

Yes, but hung up as soon as “it” said what party “ it” represented! 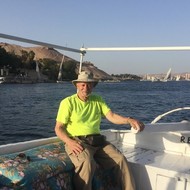 Yeah. I got that ad popping up on FB a lot. The ad seemed to use misleading information to rile up people. They are really dodgy. 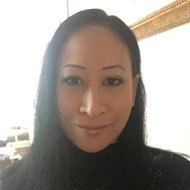 Is that the conservatives doing that? What is the difference in the three parties that hold the power? I am trying to piece this together from bits and pieces you folks are posting.

@Sticks48 Conservatives are our version of Republicans. Not quite so mean or right wing, but cut from the same cloth. Liberals are like very left-leaning Democrats, sorf of Bernie Sanders types. The New Democrats are Socialist in the classic sense. Some issues that you still discuss in the USA are settled here. Even the most far right Conservative would not dare tamper with our socialised medical programmes, women's rights over their own bodies, gun control. To answer your initial question, yes, it is the Conservatives who are the most ruthless and likely to resort to dirty tricks.

@amymcmxcii Thank you. Who are the Torres? I read they will hold a number of seats.

@Sticks48 Tories are the Conservatives. Old British term I guess.

And it seems they are still investigating the matter with the robocalls. But then I just got off a 16 hour day working the election a few hours ago so I missed a lot of what went on today outside of the polling station.

@graceylou Sorry about the misspell. I guess the baseball player's name popped into my head. So you basically have a two party system also. Do any other parties hold any seats in Parliament besides the Liberals and the Conservatives?

@Sticks48 Federally, Cons and Libs are the big players. But there are other parties holding fewer seats as well, especially this time around with the minority government. We have Parti Quebecois (they only run in Quebec), the New Democratic Party (NDP), the Green Party, and one Independent holding seats. People's Party of Canada and other less well known minor parties did not win any seats this time.

@graceylou Would I be wrong to assume the NDP and Green party lean left to far left and the PQs lean to the right?

@Sticks48 "Tory" is the old slang term for Conservative. I believe this term was used in USA in the late 18th century with a slightly different meaning. FYI "Grit" is the slang for Liberal. In the past, Canada had a two party system as does the US: Conservative-Liberal equates to Republican-Democrat. Those two are still the main parties, though others have gained increasing profile over the last century.

@amymcmxcii Thank you very much.

@Sticks48 To clarify one of the comments above, the federal governement and the provinces each have their own party structures. Sometimes they have the same name and are closely aligned, eg., Liberals and NDP; sometimes they are aligned but have different names, eg. Conservatives (federal) and United Conservative Party (Alberta only); sometimes there is no connexion at all, eg., Parti Québecois (Québec only) and Bloc Québecois (federal party but runs only in Québec), though they may have similar views.