We rely on members to let us know when posts contain content that violiate the community guidelines. The most common reason that content gets flagged is that it contains dehumanizing or trolling/baiting text. Getting too many flagged posts will result in account termination.
7 2

THE MORAL argument is by far one of the most popular in favor of a god. What are your objections???? 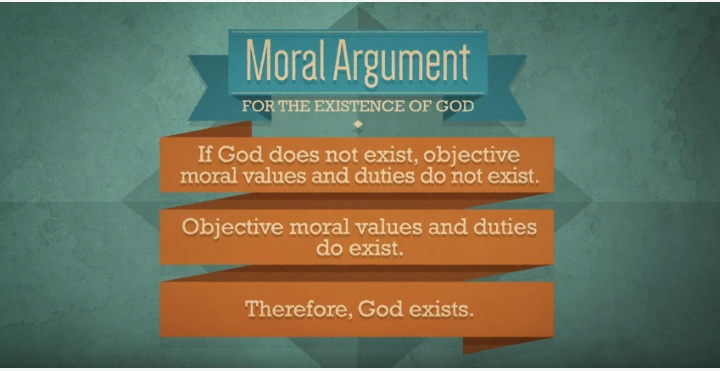 We learn what is good and bad from our parents, if either is practiced and if both are important distinctions.
objectivity comes from agreement with others, and if all our environments differ...
there are however a few 'good' people who all agree and mean the most to me.

the problem with post and reply is that we never get to something that we all agree with. 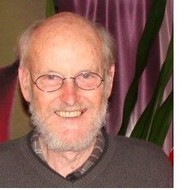 I find this “Moral Argument” nonsensical. God does not exist, yet objective moral values and duties do exist:

Ethics should, and can, be based on a single, objective standard.

Throughout history, morality has been a social construction and has been different for each culture as those cultures evolved. The starting point for morality is the survival instinct. Societal norms are a step toward survival and evolve from tradition: family, tribe, kingdom, city, state, and country; not from religion or God, although religious beliefs can be a part of this evolving process.

Most religions evolved from, and with, tradition and therefore have virtually no philosophical or objective foundation. Most tradition-based morality was roughly, and unknowingly, consistent with the concept that man is the standard of value. These values have evolved, to protect man. The exception is religious-based morals. These have, for the most part, come from the words written by several authors, over several hundred years, more than 2,000 years ago. Arguably, some of these [crude] “values” had evolved prior to this time, at a time when animal and human sacrifice was common, along with many other actions that today we consider horrendous.

Philosophical inquiry is the true analysis and final measure of this issue. Science, as important and awesome as it is, does not, and cannot, address normative issues. There is no way to get to what we 'ought' to do, with science - what is right and what is wrong, in the area of human values. This cannot be addressed by science. This is the domain of Philosophy, alone.

Although there is no well-recognized philosophy that, provides an objective basis for moral decisions, this does not mean that such a philosophy doesn’t exist.

By definition, morality is human morality, since the term “morality” is not a thing. It is a concept, like “freedom,” “democracy” and “truth,” for example. Only humans have the ability to consider concepts and conceptual judgments. No other lifeforms do. I do agree that there are many examples of other animals that show empathy and cooperate (in varying degrees) within their social groups. Some also show a fairly sophisticated use of crude tools, but this is not the same thing as forming concepts of non-physical ideas and ideals.

Aristotelian, common sense (classical realism) philosophy tells us that since man alone uses reason to make these conceptual judgments, Man's life is, therefore, THE standard of value and we are ALL equally human. Therefore, what applies as morally correct for one person must be the same standard for all humans.

Judgments about standards of value first require an understanding of Truth and this Truth must correspond to reality; it must also be:
• Self Evident - It is Impossible to consider the opposite [“we are all equally human”]
• Universal - it is true for all if it is true for one
• Global - there are no cultural boundaries
• Timeless - it is true now if it was ever true, and will be true forever
• Absolute - there are no degrees of Truth

Mans life as the standard of value requires that certain natural [basic] needs be met: food, shelter, clothing, health, education, equal opportunity. It must conform to desiring what is truly good for us; It must fulfill desires/wants ONLY if they do not interfere with acquiring our needs or someone else's needs

This practical Truth is the ethical standard by which our values, our morality, must be judged. Note that this is both objective and common-sense.

Liberty, Equality & Justice are determined by standards based on these practical truths and require a good society [Democracy is no accident]. Note that these values, these standards, are consistent with the U.S. Declaration of Independence and the Preamble to the Constitution. They are also consistent with the values that most of us believe Jesus (the person) espoused - those summed up by the Golden Rule. They are not consistent with most of the Old Testament or the teachings of Calvin that have come down to us via most modern-day Christian fundamentalism.

Government, therefore, has the right and an obligation to serve the common good to ensure that natural needs (but not 'wants’} of all members of society are met.

Objective moral rules are rules that are appropriate for every society, every culture, every individual. However, they often have not been recognized because religious “values” have been imposed and have historically controlled what we view as “moral.” Objective morality is always in tension with religion, politics, capitalism, as well as those philosophies founded in subjectivism (relativism). But philosophy is the final measure.
——————

[My philosophical views have come from nearly 50-years of trying to understand philosophy. For the most part, I have used my own words but they reflect the thoughts of most, but not all, of the sources below. Many are from the books of Mortimer J. Alder and the writings of his protege, Jonathan Dolhenty. After becoming enthralled with, and dogmatic about the philosophy of Ayn Rand in my early twenties, and then realizing that her ethics was absolutely wrong [it took me nearly a decade to understand why she was wrong], I have spent the rest of this time challenging every philosophical conclusion I have encountered, especially this “Classical Realism.” I have found nothing to suggest that any portion of it is incorrect; and I have heard of no arguments by others that credibly refute it. I welcome your thoughts and/or arguments.]

If you lack morals, you lack empathy not religion. Doing the right thing should not be for ANY religious reasons.

The first proposition addresses two unprovable (unfalsifiable) concepts: God, and "objective" moral values and duties. In my opinion neither exists, but since I can't prove anything about either, my opinion has meaning only to me.

The second proposition asserts an unprovable premise. Again, I think the premise is nonsense, and I can argue against it extensively, but I can't prove it's either true or false (nor can anyone).

The conclusion, based entirely on unprovable assumptions, is therefore meaningless.

The first premise is blatantly and obviously false.

I hop you are joking!

There’s no proof or correlation in the first statement. Thus you cannot get to the other statements