We rely on members to let us know when posts contain content that violiate the community guidelines. The most common reason that content gets flagged is that it contains dehumanizing or trolling/baiting text. Getting too many flagged posts will result in account termination.
4 4

Well, here goes nothing! I've finished a short story I've been working on for the past few months and have submitted it to a major publishing magazine - I sent it to them before, but they eventually rejected it. Came from the editor directly though, so I assumed there was room for improvements, which I've made and am trying again. Wish me luck!

@stardust2101
I don't know if your looking for outside viewpoints, but with that type of storyline, I would recommend connecting with a young , upcoming illustrator. I think that may open up some opportunities for both of you !!!

@stardust2101 -- Oops. Not wanting to rain on your parade, but you are most likely going to be rejected again. Here is why: Publishers/editors do not like to see the same piece they've rejected come through their slush pile a second time, even if it has been rewritten. Now, this is not an absolute, but pretty close to it. If the editor didn't include a note specifically saying you should do this or that to the ms and try again, the odds are high it will be rejected without so much as even looking at it.

Normally, if a story is rejected, you can either send it out to another publisher as is, or rewrite it and send to another publisher, but never the same publisher unless they have asked you to do so. One of the sad changes in this industry over the years has been the loss of available time for editors to make comments on rejection slips. There was a time when getting little notes from editors/readers was fairly common and there were times when they'd ask an author to tweak a story and resubmit. The notes weren't always something one wanted to hear, at times they weren't even kind, but they were evidence that someone actually read what the author had sent. Today that is more rare than hen's teeth. 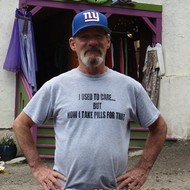 May you have the best luck!