We rely on members to let us know when posts contain content that violiate the community guidelines. The most common reason that content gets flagged is that it contains dehumanizing or trolling/baiting text. Getting too many flagged posts will result in account termination.

Burger King’s Impossible Whopper has become a huge hit for the fast-food franchise, but a new conspiracy theory circulating in right-wing circles claims that the meatless burger is causing men to grow breasts.

Now, I know a lot of you are gonna say “a veggie burger causing men to grow breasts? Why, that’s Impossible!” Yes, dummy - that’s probably why it’s called the “Impossible Burger.” Personally, I’d like to thank all these conspiracy theorists for keeping us “abreast” of this “developing” story.

Hell, if these Impossible Burger people aren’t stopped soon, the poor company may be forced to change their name from Burger King to Burger Queen. Not to mention, that men who may not want to have big breasts - may start demanding that Burger King make a sandwich that will help enlarge their “Whoppers” too!

That said, all this may end up having a silver lining. I mean, this could create a huge sales boon for Victoria's Secret. Not to mention, unemployed men may now be able to find work as Hooters servers. Now the question is, how many Impossible Burgers do you need to eat before you’re sporting a couple of “double D’s?” 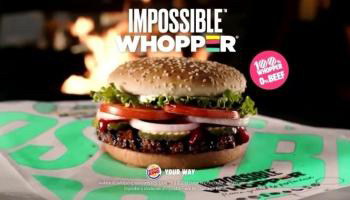 Is it pay back for the old chicken hormone comments?!
[google.com.au] 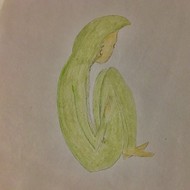 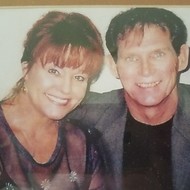 So what will it do for women?

@JackPedigo Since I have tried one, and then found out how high the sodium content was, I figure it will cause a lot of high blood pressure problems in both women and men.

@Redheadedgammy But did it do something for or to you besides possibly raise your blood pressure??? lol

You Loved Big Breast .... Until You Grew Your Own !

Why don't the men just admit they're getting fat!