This aspect of Stoic wisdom is one I've found useful many, many times for offenses big and small. From The Daily Stoic.

"The events that happen to us are objective—we can’t help being victimized—but how we feel about them is up to us. We choose to identify as a victim or not."

There’s no questioning that the Stoics were victims of severe injustices.

Marcus Aurelius was betrayed by his most trusted general in what amounted to an attempted coup that threatened him and his family. Epictetus had thirty years of his life stolen by slavery. Musonius Rufus was exiled on bogus offenses, not once, but possibly four separate times.

As unfair as all these situations were, what was impressive is how these Stoics never chose to see themselves as victims. Marcus Aurelius chose to use the betrayal as a chance to show future emperors how to deal with civil strife. Epictetus found freedom inside his captivity and then taught thousands the same after he was freed. Musonius Rufus spent his exiles productively writing and helping the locals, who had become his new neighbors.

This is one way to face the things life throws at us. If you’ve watched the recent Taylor Swift documentary on Netflix, you get a glimpse of another. Here, a beautiful, talented, enormously successful singer-songwriter spends north of an hour cataloging all the ways she has been a victim in her career. From the expectations of the audience to cruel journalists and Kayne West, Swift looks back at 15 years in the music business and sees, almost invariably, all the things that were done to her, and how helpless she was in the face of them. (The inspiring exception is a groping incident that she fought back against, getting justice not only for herself but many other women.)

The Stoics believed that there were two ways to respond to life and misfortune: We could be a victim or not. We could focus on our power or our powerlessness. There is a distinction, Marcus Aurelius wrote, between being harmed and feeling harmed. The events that happen to us are objective—we can’t help being victimized—but how we feel about them is up to us. We choose to identify as a victim or not. We choose how we’re going to respond.

We choose what good is going to come from this.

My Mother told me, "You make your own Heaven or Hell right here"...by which she meant, how you React/deal with whatever comes determines if your life is Heaven or Hell.
Best Advice Ever!

To a large extent, the events that happen to us every day are the result of decisions we have made or the results of actions we have taken. In those cases we are not victims but the recipient of consequences due. If we are intelligent, we reshape our thoughts and actions to learn from our mistakes. This is the existential point of view. .

To my mind all events in our lives are lessons. We can choose to learn or ignore or think poor me. 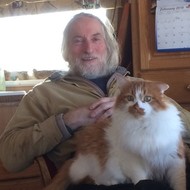 @whiskywoman That sounds correct to me. I'm waiting for my next lesson. The last one hurt but taught me a lot.