We rely on members to let us know when posts contain content that violiate the community guidelines. The most common reason that content gets flagged is that it contains dehumanizing or trolling/baiting text. Getting too many flagged posts will result in account termination.
5 20 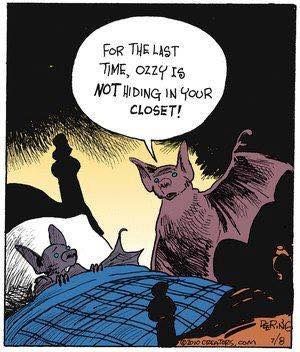 If and when you hear a bunch of random babbling with an English accent, then hide.

I read that Ozzy claimed that he didn't know the bat was real, and that it was thrown on to the stage and thinking it was a toy, he grabbed it and bit its head off as a joke.

Of course, at the time I thought that was the most pathetic excuse for an excuse I'd ever heard. Who the fuck would be that stupid. Now after having seen tv interviews he's done and watching bits and pieces of his shows, I think he may be that stupid.

But damn it, he can sing.

An understandable fear. Hell, that would even scare me!!!