Graham also left behind a United States government in which religion plays a far greater role than before he intruded into politics in the 1950s. The shift from secular governance to “In God We Trust” can be laid squarely at this minister’s feet.

Graham’s message was principally one of fear: fear of a wrathful god; fear of temptation; fear of communists and socialists; fear of unions; fear of Catholics; fear of homosexuals; fear of racial integration; and, above all, fear of death. As a balm for such fears, he promised listeners eternal life, which he said was readily claimed through acceptance of Jesus Christ as one’s savior. 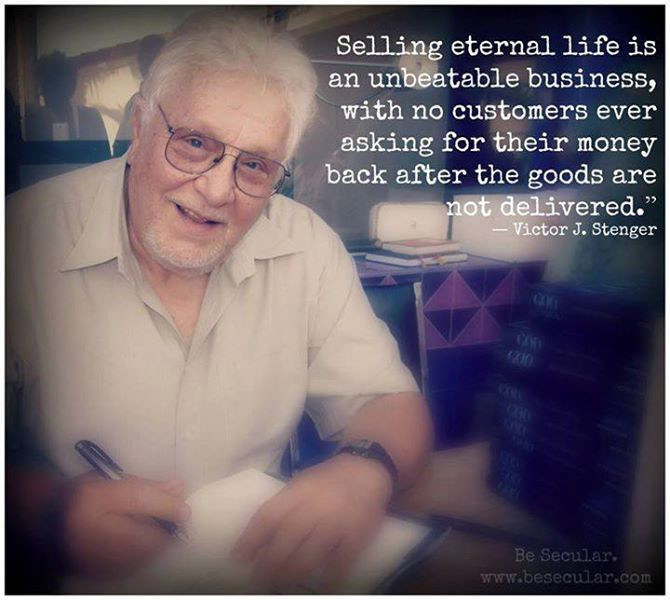 Donne writes, "Any man's death diminishes me," but he was wrong. Graham's death does not diminish me, nor would the deaths of lots of people diminish me. The world would be better for their passing.

Too bad the SOB bred...his son Franklin is worse.

And the bastard was trying for a theocracy with my country as a backup plan if he failed in the USA.

What country is that Rob?

@zblaze Australia. The various religious shows on the national broadcaster have been abuzz with praises for him, including his plan to use us as a backup theocracy.

He belongs in a glass coffin, so we can all watch him rot!

I think its an absolute disgrace that a supposedly secular nation honors such a sectarian and divisive person. Its a sad day for theists but even sadder for those who truly believe in freedom.

Yay!! It's about time that old goat kicked the bucket! Good riddance!

True. True. True to all. But his days are on the dust now. May his rotten flesh rod some more in Hell! Wait!! Wait a darn century... There is no Hell for him to go to. Shit, where can we send Billy?

NOOOOOOOO, Billy Boy...we won't let you leave until you agree to take your sick son Franklin with ya!

I don't live to far from Asheville, and that is all that is on local news and in every newspaper. I really wish they would get him buried but noooo. I think they finally got him paraded around and finally made it to Charlotte, but I belive they are going to take him to Washington DC next. By the time they do get him in the ground that casket will start putting off an odor.

And yet, so many people I thought of as rational, reasonable people are extremely sad that he died. I thought maybe I was missing something. I did not think very highly of him or respect him. Thank you all for reassuring me that I was not wrong.

He lived in the same county as me. His son Mephistopheles, sorry, Lucifer, I mean Beelzebub, shoot, I mean Franklin carries on his tradition.

Graham's wealth pointed to his lack of being a sincere Christian. Amassing wealth is directly against the tenets of Christ. He was no better than Joel Osteen, the Catholic Church, and other sects/religious leaders who wooed the poor and gullible to give up their pennies to support them.

A total scumbag I shall not miss. A true architect of evil bent on turning America into a theocracy.

Graham was just another evil piece of shit. Just like every other religious "leader".
It's a shame I know hell doesn't exist, or I'd wish for him to burn there.

Graham gave his blessing to every conflict under every president from Harry S. Truman to George W. Bush, and most of the presidents, pleased to enjoy public assurance of God’s approval, made him welcome in the White House. Graham excoriated Truman for firing General Douglas MacArthur and supported the general’s plan to invade China. He urged Richard Nixon to bomb dikes in Vietnam—knowing that it would kill millions of civilians—and he claimed to have sat on the sofa next to George H.W. Bush as the bombs began falling in the first Gulf War (though Bush’s diary version of the evening somehow excludes Graham, as does a White House video of Bush during the attack).

According to Bush’s account, in a phone call the preceding week, Graham quoted poetry that compared the president to a messiah destined to save the world, and in the next breath called Saddam Hussein the Antichrist.

Graham was a political operative, reporting to John F. Kennedy on purported communist insurgencies in Latin America, turning over lists of activist Christians to the Republican party, conferring regularly with J. Edgar Hoover and networking with the CIA in South America and Vietnam. He was even assigned by Nixon’s operatives to talk George Wallace out of a second run for the White House.

In every way, Graham was the spiritual father of today’s right-wing religious leaders who so inhabit the national conversation.

You can include a link to this post in your posts and comments by including the text q:29009
Agnostic does not evaluate or guarantee the accuracy of any content. Read full disclaimer.