How do vegans determine which kinds of lives to take and which to let live? Apparently living plants are OK to eat? Maybe insects? Fish & shellfish? Birds? Eggs?
Another issue for me is, for instance, turkeys. So we all decide to not eat turkeys and the turkey farmers stop growing turkeys. Suddenly there are millions and millions of turkeys that never have even one day of life. Is it better to be a turkey for a year or to never be a turkey at all? Same for cows & pigs & chickens.

I'm a vegan and vegans don't consume any animal or animal bi-product. So 'taking lives' is misrepresententative of us. The philosophy is to not exploit sentient beings (animals that have feelings) it's a simple extention of human rights. Animal rights which the majority of people subscribe to and are bound by. We just have a comprehensive way of lookinging at animal rights that include the change in our behaviour. Eating animals is hard to justify with logic as it is, in this day & age illogical. With education one will see that it's just as logically sound as athiesm.

Let me be sure I understand: you prefer that millions and millions of cows and chickens never have years of a pretty good life? Instead you prefer to deny them the opportunity to walk on your planet, ever?

If it doesn't scream or bleed?

I'm confused why someone's personal decision is an issue for you?
I guess I'm not taking the concern for the farmers, so just in case that is real, there just aren't enough of us to make much of a difference. Beside the whole planet would benefit from a reduction in meat eating. It didn't look like we can eliminate meat eating because we still need animals to make fertilizer, so you can still eat your meat with a conscious. But if you are concerned about the issues, you should reduce meat eating.

Did I come out judgemental? If so, first I apologize. That is not my intention. I have trouble making some kinds of distinctions, and this is a case in point.

Is it better for a cow to never be born, or to have the best half of a life?

@Dick_Martin no biggie. Sorry if I misinterpreted you. I have no idea about the never to be born issue.

I guess it's better to be a person for a year, and then kill 'em and eat 'em? I don't understand the reasononing. Vegans don't eat insects, fish, shellfish, birds, or eggs. Some vegetarians eat eggs and dairy. 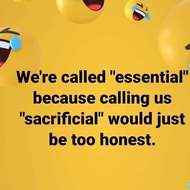 too young. let 'em grown to young men and then send them into battle.

I just eat animal free. yes I eat plants. But so do all the animals that are vegan. I personally view all creature life as valid. Many animal farms are rife with inhumane abuses of innocent creatures. They pump them through with hormones and antibiotics. The waste for all these animals is an environmental nightmare. Vital tropical rainforests are being clear cut to provide more beef for the greedy carnivores. So many reasons for me to be animal free. Watch "Earthlings", What the Health, Cowspiracy if you need any more encouragement. They tell the story much better than I.

Awesome. If I may, wild animals are vegetarian, not vegan. It is not about morals for them, as far as we know.

But out of curiosity, do or would you consider eating insects and alike? And if meat-eating was reduced and limited to hunting wildlife, would that be immoral?

The reason I became a vegetarian (now bordering on vegan) is because of both "Food Inc", and "Earthilings". The former really opened my eyes, and the latter, well, I couldn't stop thinking about it for weeks. I believe it was Although this quote is notable because Paul McCartney said it, I think it was originally said by either Dickens or Clemmons ; "If slaughterhouses had glass walls, everyone would be vegetarian".

Omg. Me too. It was heartbreaking. I still think about it.@AzVixen52

@hlfsousa Not sure how wild animals are vegetarian-meaning they eat eggs? Anyway, I was mostly speaking about cows, chickens, pigs that eat plants. Though they are often forced to eat their ground dead or sometimes diseased brethren.

@AzVixen52 I think you are wrong in your thinking "that if slaughterhouses had glass walls we would all be vegetarian." The fact is that I wish they did have glass walls not because it would make people vegetarian but, so humane slaughter was made the norm by placing it under tighter public scrutiny. People need to know where their food comes from and there are consequence for every food you choose to eat and that some of the most dire are in the production af vegetable protein. One of the greatest destroyers of the natural habitats of the world is in the quest to produce vegetable protein, it is one of the biggest factors in the destruction of the rain forests, the hardwood temperate forests and plains of the world.
Livestock production with grazing as their main food source is far less destructive it leaves most of the ecosystem totally intact.

@hlfsousa herbivours and frugivours are vegan after being weaned off there mothers milk. Only humans drink milk after adolescence and other animals milk at that. What makes you think any animal is vegetarian do they eat cheese and not meat or have an exclusively egg and veg diet? If so show me please.

@JoelLovell point missed: being vegan is a moral position

@hlfsousa not nessesaraly it can be and it is but it can also be personal for health, for taste, for preference all of which have diddily squat to do with morality and your right I don't get your point.

@hlfsousa you said animals are vegetarian, that was my point.

@hlfsousa vegetarians eat animal bi-product and not animals name one other species that does that. I'll wait...

Life requires life. Use of resources is a valid argument. Every step up the food chain increases resource use by a factor of 10. Having said that I still eat meat because for me to get enough protein from plant sources causes unbelievable gastric distress even with massive amounts of digestive aids. Our digestive system is for an omnivore and you could make the argument our domestication of plants has created more problems than it solved: overpopulation, habitat loss and destruction, and even metabolic syndrome.

incorrect our whole biology shows that naturally we are herbivores in the common sense of the word. Through adaptation and manipulation of foods we have found ways of increasinng digestion and palletablity. I urge you to delve deeper in your research into prehistoric nurtional anthropology, cancer of the digestive system and nutrition related pathologies. You'll find a rather different set of evidence from the most rigourous of studies and meta-studies.

All those millions of turkeys and cows and so on that never would have lived were it not for people wanting to eat them also have to eat, and because we like meat so much they consume a vast amount of resources, which have to be grown and which, in turn, causes habitat destruction for wild animals and plants and pollution from pesticides and fertiliser. What's more, if you use land to produce animal food to produce meat, you end up with less food than you would if you used the same land to produce crops for human consumption - some studies suggest that if none of us ate meat, there'd be more than enough food for everyone on the planet. Thirdly, the life of most animals born into industrialised farming is not a happy one, so the "is it better to be a turkey for a year or not at all" doesn't hold up.

I'm not a vegan, incidentally.

There is more than enough food on the planet even if everyone ate meat, the problem is one of distribution and waste mostly as a result of large corporate farm, lack of returns to the small farms, and the monopolies that control food processing and distribution.
Chickens and turkeys convert plant protein very efficiently basically 1:1, pigs convert it at about 3:1, sheep and goats at about 4:1 and cattle at about 7:1. The gazers however can convert protein that is completely inaccessible to human since we die if we try to live on grass and forages.
The concept and practise of monoculture agriculture is a problem but, that is a model that was created for the benefit of the corporate world. There is far better models of sustainable agriculture that out produce modern monoculture farming by their reliance on livestock production as a main component of their production what is more they don't deplete the soil at all in fact they improve it.
Animal husbandry is an important part of raising livestock, an animal raised for food needs to have a good life ending in just one short bad day. Eaters need to make a choice of where their food comes from and who reaps the profit from it or not.

It's a rather silly question how can you ask a question about non existence, you don't exist to have an opinion. Turkys or any other living organism are not concerned about anything until they start life so it's a false dichotomy. The only thing that matters is the treatment of life and that's where meat eats fail morally. That's why we have people like you coming up with fallacious arguments to assuage feelings of culpability or make yourself feel intellectually justified.

@JoelLovell Perhaps you're right. I wonder what you'd say the reason for unnecessary rudeness and personal attacks in replies is? 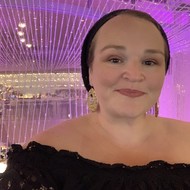 That's essentially my checklist as well. If it has a face, I don't eat it. Plants are healthier to consume anyway, I don't know why so many insist on meat as their primary source of food.

You don't see the face in a flower? So, no fish except shellfish. Escargot is a no-no but worms are OK?

You don't see the face in a flower? So, no fish except shellfish. Escargot is a no-no but worms are OK?

I have contemplated suggesting that my funeral be instead a barbecue. They could literally roast the dead.

exactly because what ever man made/engineered stuff we doo kills life. the worlds basics are eat the weak or dead and breed enough to survive or die out.

Take that to the Human level and we have Logans run. I still ponder that one. A quality life for all until 25.

You can include a link to this post in your posts and comments by including the text q:31040
Agnostic does not evaluate or guarantee the accuracy of any content. Read full disclaimer.