One of the same. Then one needs to ask.. which so called godhead are you actually praying to.. what if one of the other ones answers you.. then what..what if it doesn't understand your language... so many questions... 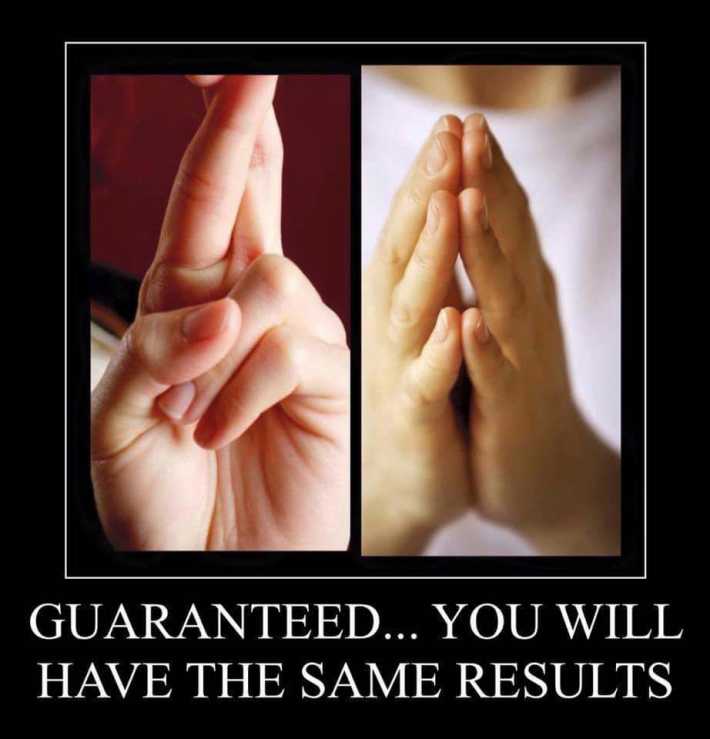 I'm not a theist obviously but I can tell you that I'm fairly certain that they would claim all aspects of God are the same. And there is no way that God misunderstands or lack a knowledge of a language.

Yes, they would come up with all kinds of justifications for it.. I have heard some silly stuff myself through the years about praying. Then they give you that.. "look"

"I hear voices everyday. But I ignore them and keep on killing." - Sean Locke, UK comedian, when asked about spirituality in the quiz show, QI.

I'm unabashedly agnostic so I'll go out on a limb on this one. If there were actually a godhead...and let's just define 'It' as a "god of all gods"...I'd crawl out that further branch to say said the godhead would be omniscient.

Right beside that is the twig which would be dangling the assertion the lesser gods would translate..or have angelic secretaries who could.

So will standing on my head. It doesn't make one bit of difference!

Yep, it's all just wishful thinking.

You can include a link to this post in your posts and comments by including the text q:34105
Agnostic does not evaluate or guarantee the accuracy of any content. Read full disclaimer.