LINK Immoral consequences of belief in god. Religion's lack of moral accountability, by design. The religious justifying slavery and god allowing children to die by the millions. An impotent, unjust, irrational god sending people born into the "wrong" culture to an eternity in hell just for missing the revelation. Tip of the iceberg arguments against divine command, the narcissistic, psychotic, psychopathic, obscene sides of double standard faith, and the consequential suffering of human beings.

This video is so right on the point. Just becuse you happen to be born in one country or another determines your religion. Therefor your damnation to hell or not. Its so insane! 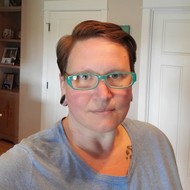 Religion ... pure and faultless is this: to help widows and orphans in need and avoiding worldly corruption. James 1:27

Middle English (originally in the sense ‘life under monastic vows’

: from Old French, or from Latin religio(n- ) ‘obligation, bond, reverence’, perhaps based on Latin religare ‘to bind’.

And from wikipedia: In general, religio referred to broad social obligations towards anything including family, neighbors, rulers, and even towards God.[25] Religio was most often used by the ancient Romans not in the context of a relation towards gods, but as a range of general emotions such as hesitation, caution, anxiety, fear; feelings of being bound, restricted, inhibited; which arose from heightened attention in any mundane context.[26] The term was also closely related to other terms like scrupulus which meant "very precisely" and some Roman authors related the term superstitio, which meant too much fear or anxiety or shame, to religio at times.[

Well, it is no Manly P. Hall. Though I could listen to him for days on end. And have!

You can include a link to this post in your posts and comments by including the text q:510638
Agnostic does not evaluate or guarantee the accuracy of any content. Read full disclaimer.