A certain dose of skepticism is certainly useful for the practice of science. But what about the philosophical relationship between science and skepticism?
Epistemological skepticism claims, as is well known, that none of our beliefs satisfy the conditions necessary for KNOWLEDGE.

According to the standard conception of knowledge, someone knows that p,

But epistemological skepticism denies that we can ever conclusively determine whether p is true or not. What remains are therefore only more or less justified beliefs or opinions, but never real knowledge.

But this is a problem for science, which already carries knowledge in its name (scientia from scire = to know), and of which most people probably assume that it is able to deliver more than justified beliefs?

Question: Can we use science to attain knowledge, or are justified beliefs all we can ever achieve epistemically? 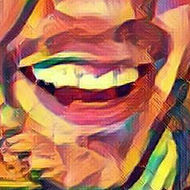 Of course not. Knowledge has to be justified. If I make a claim, I have to give reasons for it and other people have to judge whether these are good or bad reasons...
Therefore what I call my knowledge has always to be checked against the knowledge of others.
Knowledge is neither subjective nor objective, it is social.

To answer your question: no.

A more useful question might be... Do we need absolute knowledge in order to be evolutionarily, or personally, successful?

The answer , of course, is: no
All we need is enough fairly reliable knowledge.
The question "But is it really true?" is less important than the question "Does it work?"
Scientific knowledge, as far as we know, works extremely well - which is the best argument in favor of it.

What’s wrong with belief at the current level of knowledge? Why worry about absolutes? I am obviously no philosopher. It seems like muddying the water, when all you need is a clean drink...

It has changed a little in recent times, and the old stronger. ' Nothing is regarded as proven, but may be regarded as disproved if contrary evidence is found.' Is now a little out of fashion, because it is thought too idealistic to be workable. Though it is still treated with respect. Science deals in knowledge, ( of evidence ) but never proof or truth, that is one of the great popular misunderstandings.

Given how scientific knowledge is defined, I often wonder if it is not identical with agnosticism, in all but name.

Having said all of which of course, the old adage that. The philosophy of science, is virtually the last thing that any working scientist ever has on their mind. Is probably very true.

A religious philosopher once said. "What is the use of science, if it never gets you to a final truth, but only nearer to it with time. And undermines its own truth by finding ever finer levels of measurement, to find ever more ( albeit smaller ) errors." Well yes, but to rephrase and shape the old looking for a cat in a dark room metaphor. Science is about going into the dark room, with a flashlight, then checking each box in the room, and saying. "No its not in this one." "Philosophy is pure reason and therefore saying. "The cat must be in the room, and probably in a box because it can not be seen." And religion is standing outside the room, not going in and looking, but declaring. " I know exactly which box the cat is in, because my invisible friend told me, and in any case I have a large stick, do you want a fight."

If science ever did deliver true knowledge, then it would not be science any longer.

While I'm an atheist, can there be anything we really know? The brain is involved in knowing anything and as far as we know this all might be an illusion.

You can include a link to this post in your posts and comments by including the text q:570535
Agnostic does not evaluate or guarantee the accuracy of any content. Read full disclaimer.