LINK 'God Is Getting Ready to Do Something Amazing': CBN Founder Pat Robertson on Russia and Its Place in Prophecy | CBN News

According to Pat Roberson Putin was compelled by god to invade Ukaraine and bring about the end times.

"And I think you can say, 'Well, Putin is out of his mind,' and yes, maybe so. But at the same time, he's being compelled by God," CBN's founder said. "He went into Ukraine, but that wasn't his goal. His goal was to move against Israel ultimately. And he will link up with Turkey across the little (land) bridge, and they will come together. And then, you look down into North Sudan, you've got a Muslim country down there, and there they all are. Persia, of course, is Iran."

"And there is the land that is set up in Ezekiel 38 and you see how Ukraine is key because you see the land bridge between Bulgaria, Greece, and Turkey. And all of that area is going to be mobilized against Israel in the latter days. And God says, 'I am going to deal with it,'" Robertson said.

"So you can look at your map. You can read your newspapers. You can listen to your news. But know of a fact that God is bringing to pass what he prophesied years ago through his servant Ezekiel," he explained. "And you read it in the 38th passage of Ezekiel, one through six, it's all there. And God is getting ready to do something amazing and that will be fulfilled." 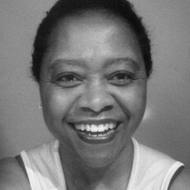 Isn’t he dead yet? 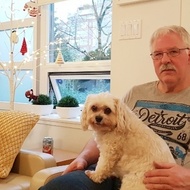 His body is still alive. His brain has been dead from birth.

@anglophone his heart, if there is one, has been petrified since the Cretaceous.

@anglophone That would be enCephaslitis then?

You can include a link to this post in your posts and comments by including the text q:653495
Agnostic does not evaluate or guarantee the accuracy of any content. Read full disclaimer.