The Evolution Of Symbolic Language 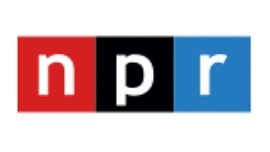 As the article says, brain evolution is far slower than symbolic/cultural evolution powered by language. We can therefore expect to have no evolved biological defenses to help us deal, with the new cultural symbolic environment in which we now find ourselves living. Richard Dawkins created the popular meme view of individual cultural elements as brain parasites, which may have been a little on the right track, but which because of its popularity, it has sadly perhaps slowed the spread of the true understanding, that it is the whole environment created by culture, to which we have no inborn coping mechanisms. The first mismatch occurred with the origins of symbolic culture and not with agriculture. Which leaves us as ready made victims, for strong cultural elements such as religions and political tribalism, which are able to manipulate brains equipped with no biological defenses for life in the symbolic/cultural environment.

But fortunately there is one small hope, which is that human culture being at its base level immaterial, can be, and is, very easy to remake, we are the creators of our cultures, just as much if not more than we are created by them. We can therefore create counter cultures based on sceptical thinking, education, reason and evidence, such as philosophy and science, which are essentially anti-cultural, and are yet still capable of providing the symbolism needed by the apes brain.

One could certainly tie symbolism with tribalism, as most "tribes" out there have their exclusive symbols.

I wonder what NPR really means?? Could maybe mean No Political Rumpus...

You can include a link to this post in your posts and comments by including the text q:673163
Agnostic does not evaluate or guarantee the accuracy of any content. Read full disclaimer.