Humanity needs to be held accountable

Why on earth are there so many abortions when various methods of birth control are available to the masses?
Humanity should be concerned about the population explosion as much as climate change, Trump in the oval office and #Me Too.

If you want to hold someone accountable, how about the churches that argue against ANY form of birth control? Or the firms that refuse to provide their employees with insurance that includes birth control coverage? The pharmacists that can refuse to dispense birth control, or the morning-after pill? Right-to-lifers need to be held accountable for the fact that they meddle in things that are NONE OF THEIR BUSINESS, decisions which should be made solely by the woman and her doctor. Humanity should be held accountable for the fact that an unwed pregnancy is generally blamed on a woman's promiscuity, rather than a man's horniness or inability to control his urges. There are many reasons, cultural and religious, that affect a woman's ability to use effective birth control. But until the day we make it as hard to buy Viagra or Cialis as it is for a woman to get birth control (that her insurance plan pays for), women are always going to be in the disadvantaged position.

What's wrong with abortions? They should be readily available for any woman who wants to have them. Personally I'd like to see the 'morning after pill' available at the local chemist.

Held accountable to whom or what?
History clearly shows that human beings do not live their lives thinking long term, and we are often driven more by hidden emotional and psychological needs rather than careful planning or considering the consequences 10 or 20 years down the road. On a smaller scale in a family fro example, people know each other and can make decisions and plans using available resources and addressing the main needs and hopes of that small group of individuals. As people gather in larger groups that is increasingly harder to accomplish and quite often imbalances and injustices happen causing conflict and even violence as people strive to get what they perceive they need.
What the Christians often are unaware of is that abortions were not unusual in Bible times, but from natural ones from poor living conditions, and self-induced ones doing well known jumping exercises and things like tying ropes around the women's middle. Women could do this on their own, but sometimes a mid-wife could help. The idea of an unborn baby having a "soul" did not arise until much later in Christian thought.
It is already too late to save the fast declining ocean bacteria which actually produces 50% of the oxygen in every breath we take. And deforestation continues in many many areas. We are safely in the hands of Mother Nature though who has already begun unstoppable actions, and if hundreds of millions of humans have to go, that will be little different than in the past massive extinction events one of which erased about 90% of all life forms on the planet. The long term view is that Life will go on and new species will evolve, but whether our species continues on is irrelevant to Nature. Trump is not at all concerned about life 20 or 100 years from now for Americans, because he won't be here.

This points to one of the greatest dangers of religion.
I know a Mormon Elder that has like 18 kids from his 25 year marriage.
He didn't like me anymore when I asked him if he had had that talk with his wife.
"What talk?" he asked.
The talk where you explain that it's a vagina, not a clown car. 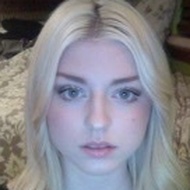 what do you mean by 'clown car'? I never heard that expression

@MsDemeanour Have you ever seen a small car jammed full of clowns. It drives around to comical music until they all start coming out. You think, "Wow, how many clowns can possibly come out of this thing?!"

The elder's wife's vagina was a, "clown car."

Birth control doesn't always work.
I would say that abortions are a part of the solution to the population explosion, in that instance.

You can include a link to this post in your posts and comments by including the text q:73334
Agnostic does not evaluate or guarantee the accuracy of any content. Read full disclaimer.