Personally, I have never had an issue with the belief in a higher power. All seven of our Founding Fathers from John Adams to George Washington were Deists. The vital difference in their ideology—juxtaposed, to their religious countrparts was anthropomorphism:

"The attributing of human characteristics and purposes to inanimate objects, animals, plants, or other natural phenomena, or to a god (Dictionary.com)."

Possibly, because we see ourselves as the hallmark for intelligent life—an egotistical flaw of human nature. Below is an attribution to Deism:

Deism is the recognition of a universal creative force greater than that demonstrated by mankind, supported by personal observation of laws and designs in nature and the universe, perpetuated and validated by the innate ability of human reason coupled with the rejection of claims made by individuals and organized religions of having received special divine revelation. - World Union of Deism (WUD)

It is not the belief in a higher power that has caused calamities in our world—rather, it is the human creation of organized religion.

The anthropomorphic conjecture (god like us concept) reveals just how far, humanity will go to implement itself into non-human terms. Is it no wonder why the god of the Bible is so vengeful, murderous, jealous and sexist? 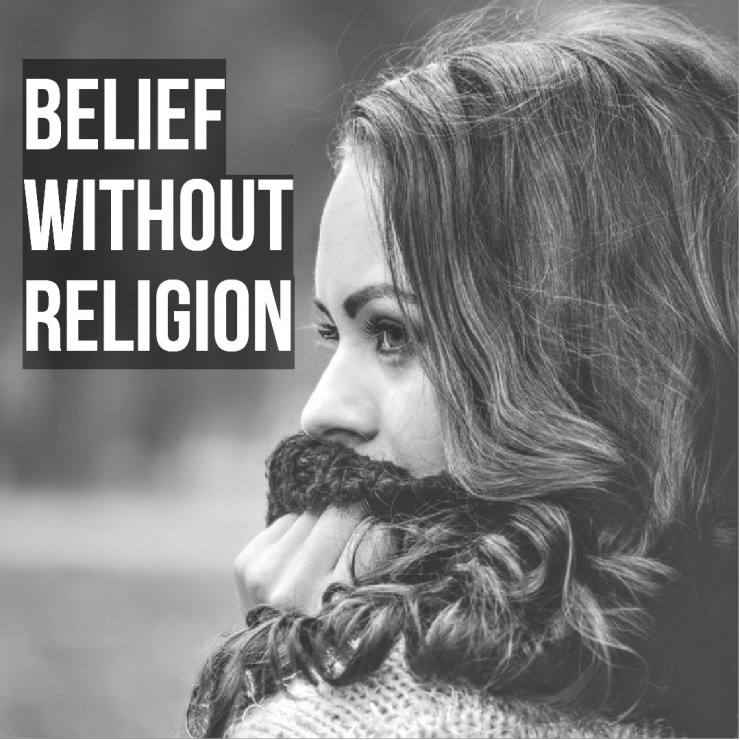 I settled into deism for awhile on my way to becoming an atheist. However, the more science I learned the more I realized that there is no evidence for any kind of god-- and the universe behaves just as it would without one--so, until some verifiable evidence is provided, I will not believe any type of god exists. Also, If the US founders were alive today (post Darwin and with access to modern knowledge of the cosmos) I think they would likely make the move from deism to atheism.

I am not one to reject Deism in that it cannot be disproved. I personally lean more toward Pantheism which is more inclusive of the sum total of the universe beyond the mere physical realm.

I'd struggled all my life with a NEED to know if there was a god or not until I got sober on 3/12/01, knowing with certainty it couldn't be the abrahamic god. Then my AA sponsor, ironically a stout southern baptist, presented me with the concept "you don't have to understand your higher power, just know (it) understands you".

That promptly ended my need to know, as if that were in any way possible. Now I am a happy Agnostic who knows only if such a supreme being wanted to be revealed it certainly would do so in the same way to each of us. With that in mind, whether or not such an entity exists becomes a moot point.

IMHO deism is an intellectually lazy way to explain the unexplainable. It's okay to admit we can't explain or understand everything. It's okay not knowing, because that is the first step in getting to a place of knowing... it's called scientific discovery.

You can include a link to this post in your posts and comments by including the text q:7495
Agnostic does not evaluate or guarantee the accuracy of any content. Read full disclaimer.