We rely on members to let us know when posts contain content that violiate the community guidelines. The most common reason that content gets flagged is that it contains dehumanizing or trolling/baiting text. Getting too many flagged posts will result in account termination.
5 16

They are only memes 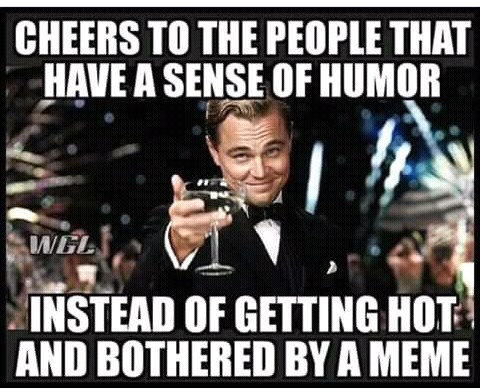 I am a staunch LGBT ally, with quite a few friends who are trans, including one who occasionally sleeps over. Ron, you post a lot of memes that denigrate trans people. My first reaction was to scold you for being insensitive, homophobic, blah blah blah. But I quickly realized two things:

I'm not homophobic at all. I have friends who are gay, not many, but they are some cool people and a few would laugh at some of the memes . I just think the memes are funny. This fluid gender thing does freak me out some. I've seen trans in Mexico that really had me thinking they were women.

@Captnron59, I know some amazingly beautiful trans women. My friend is tall, thin, and drop dead gorgeous. She finds it annoying and frustrating when cis females get jealous of her. Bitch, you have a vagina! You don't want to be me! I wanna be you!
And I hear you on the gender fluid thing. I have several gender fluid friends, including two that I lived with my first 18 months here. After all this time, all that exposure, and all of the conversations, it still has me scratching my head sometimes. The pronoun thing still pisses me off now and again. Maybe I'm just old.

Waiting for that button to give

Way too many serious people. Life is way too fucking short.

Can I get hot and bothered by a sexy meme ?

@Cutiebeauty it would be disappointing if you didn't!

Joke 'em if they can't take a fuck.