I live in a country with a bunch of fucking idiots. And they don't even care that the world knows they're idiots.

Yes my Friends, they say it out loud in print:

We acknowledge that clear or mesh backpacks alone will not eliminate safety concerns," the district said in its announcement. "This is merely one of several steps in the district's comprehensive plan to better ensure student and staff safety."

There's something wrong with these people. OMG. #SMFH

It's the guns first and it's law enforcement secondarily. It's a country without any regard for human life lastly. It's America. And it's shameful. 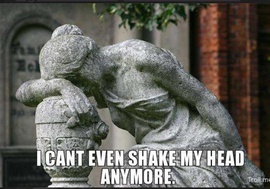 It's the fucking GUNS!

this policy was not in response to the Uvalde shooting. The fact that they have already stockpiled the necessary backpacks shows this.
This was an attempt to lessen gang violence in the DISD. The trustees are aware that it is not a solution, but is one of the few steps that they can take to lessen the number of guns and knives in the school. Just like metal detectors and on site officers, people will get around them, but until the legislature gets a brain and a conscience they are limited in what they can do.

You forgot the most important thing..a Spine..

@Charlene There are not enough bones in the graveyard to give those rat bastards a spine.

@Charlene It is a statistical dead heat. It has been a chore educating candidates about what we have done before that has worked and what hasn't.

My point, in posting this and every other stupid-assed "response" to ALL gun violence in America is not to debate how long mesh backpacks have been standard issue, or how "at least its a start" or what nonsensical "gang activity in schools" someone has the nerve to claim as an immenent threat.

I post this nonsense because this is WHY there's a gun violence problem in America. Just like all things disastrous in America, if you're repeating bullshit 24/7 in MSM and online digital rags/social media, people will believe the nonsense.

For the record, the facts about gangs in schools? I'll be the Bad News Fairy. The Hood and the gang members don't roll on up into school on a regular basis. Most don't even have schools that remain open for them to go to. And Dallas is NO different than Detroit, Chicago, Philly and LA in this regard. I'm fact, it's Texas. The original sin city that quietly defunded schools in the most marginalized communities, which is still the case today.

Backpacks aren't the problem. GUNS, WHITE PRIVILEGE, AND FAILED LAW ENFORCEMENT is, are, and have always been, the MAIN societal ills in America.

And let's not lose sight about the Uvalde shooting. While we're all watching law enforcement look ridiculous, we're overlooking just who was murdered and who did the murdering. Another fucking white guy killing minorities. That's America.

These last 6 years or so have been so disheartening. I am so tired of being angry. 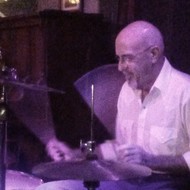 Posted by ButtercupUtter bullshit that a judge has allowed this.

Posted by William77Quote of American Feminist ...