Language is important, at least it is to me. As is logical, rational thinking. So if I am wrong I hope someone will correct me:

The word Agnostic is often used by people to soften the blow to people infected with religion, an infection that usually happens in childhood and creates physical brain structures that are very diffucult to overcome, when in fact the person using this label is really atheist. The label “agnostic” has come to mean “I don’t know”, “not sure”, or “have not decided”.

I have no trouble with people that choose this word as their label, as it does try to give more information than merely saying atheist. But to be clear, you cannot have “agnostic” or “atheist” as choices. Becasue if you choose “agnostic” you are automatically atheist.

Well technically and philosophically they are separate, independent variables. They influence each other, but they are not the same. [A]gnosticism is a statement of whether you think god's existence is knowABLE (not simply known to you personally). [A]theism is a statement of whether you have a positive belief concerning the existence of god. An atheist lacks one because belief is what you think the preponderance of evidence is and there's no valid evidence on which to form such belief.

Most atheists ARE agnostic by those definitions and I think there's a tendency for them to go together.

You are correct that agnosticism has popularly come to mean something other than Huxley intended it to, namely, "I am not sure about the existence of god, but knowledge on the topic COULD exist and I MIGHT conceivably be convinced". Huxley (correctly in my view) understood that supernatural beings and realms cannot be evidenced as they are not posited as part of the natural world.

Are you "automatically" an atheist if you're an agnostic or vice versa? I think you are if you're completely clear and consistent in your critical thinking and have decent evidential standards. But you can, in theory, be one and not the other.

I have seen a chart that has kind of put it in perspective for me. And it breaks it down in such a way that agnostic and atheist are treated as describing two different parts of a belief or non-belief system 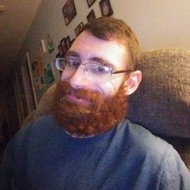 I don’t think you have to be either a theist or an atheist and nothing in between. I lean toward thinking there is a universal awareness in which we all participate, and I equate that awareness with God. I do not know such a thing 100%, but I give the concept high odds of being true—maybe 95%

There are a whole range of probabilities either way. Does anyone really know 100%?

Well let us look at this linguistically and philosophically.

"A" is conotative of "not", in this morphology
A/theist meaning not a theist.

Theist- means one who believes in a supreme god but not the trinity.

Deist- is one who believes in a supreme being but not in relation to goverment.

So atheist is correct by your definition- the disbelief in a supreme deity.

Once again we have the A/not cognate.
However let us look at the term Gnostic.

Gnosis is a Greek term that means and or refers to "spiritual knowledge". Gnosis is where we get the term "Knowledge".

So in this morphology we get A/not + knowledge.
However let us go a little deeper. "A" retains cognizance "not". Lets study the term "Gnostic" a little further.

Historically speaking the Gnostics were the first group of peoples to worship the concept of christ as a deity. Without going into context of their dogma on the supreme being, they did not believe the christ figure jesus manifested in the flesh.

Here lets look at the translations...

The usual meaning of gnostikos in Classical Greek texts is "learned" or "intellectual", such as used by Plato in the comparison of "practical" (praktikos) and "intellectual" (gnostikos).[note 1] Plato's use of "learned" is fairly typical of Classical texts.[

So we are talking about the term Agnostic and your principle in context of meaning is incorrect although it is normal to experience or have that idealism toward the terms Atheist and Agnostic. Let me show you.

A/not + gnostic/one with spiritual knowledge of being and or part of the gnostic sect.

It would kind of appear that the term is an oxymoron as compaired with the modern definition. In all fairness that agrees with your above mentioned statements of understanding.

However though it appears to be oxymoron the term Agnostic is in reference to a human being who is within a conscious awareness of reality that dictates to ones awareness, that although one has not experienced or essenced the spirituality of the Supreme Being Creator, the Agnostic state of being is one who is not going to deny the fact that evidence may exist.

The Agnostic is one who believes that nothing is known or can be known of the existence or nature of God or of anything beyond material phenomena; a person who claims neither faith nor disbelief in God. - online dictionary

We are going to have to get into Gnosticism a little.

These systems believed that the material world is created by an emanation of the highest God, trapping the divine spark within the human body. This divine spark could be liberated by gnosis. Some of the core teachings include the following:

All matter is evil, and the non-material, spirit-realm is good.
There is an unknowable God, who gave rise to many lesser spirit beings called Aeons.
One evil, lower spirit being is the creator who made the universe.
Gnosticism does not deal with 'sin', only ignorance.

These sects existed around the 1st and 2nd century AD. Notice how in that online source it talks about Materialism, God, And antithesis.

I think we have a better understanding of the Gnostics and the term Agnostic.

And I hope you can see how Atheist and Agnostic are totally different.

I hope this helps.

Yeah, the important thing is to clarify what you believe to your own satisfaction; naming it not so much. I don't care if I am agnostic, atheist, agnostic atheist (but that one is probably my preference) heathen, damned to hellfire or just plain late for dinner. Sticks and stones...

Like others said here, I would consider myself an agnostic atheist.

I don't think any gods exist, I would be quite surprised if they did. But I can't be absolutely certain. Sure this type of thinking gives room to funny comparisons. You could say for example, what about gorgons then? Haha and so on!

To me it's all about evidence I guess. I try to not to say something is true or not true without the proper evidence to back my claim. We can hypothesize though, and if I would have to do so, I would propose that god does not exist. People who say he does have to prove it.

It's strange though, because agnosticism seems to contain an element of faith. For example I would be willing to say that it would be more probable that God the father exists when compared to the gorgons.

I call myself blond but some of my hair's are grey and some are light brown and some are still blond. The term works okay. I'm not bald. Yet.

Let me think out loud:

If I’m not sure there is a god, there is no god in my life. There might be a god but he and I don’t have a relationship. I’m not an atheist because I’m not stating emphatically that there is no god.

I'm an atheist, and an anti-theist.
I don't play with semantics.
There are plenty of others who are happy to do that.

With 85% of the Universe invisible to Humans, and a mere say 6,000 years of human education compared to the Billions of Years of planetary existence, - its a brave man who thinks that an understanding of "reality" is cut and dried.

Its only been 100 years since the realization that the whole of the Universe as we know it is consists waves of Energy, started to emerge, and only 3 years since the proof has been found.

Its one thing to see past the illusion of "religion" using the power of our small scientific history, and another to suddenly pronounce that there are no more great mysteries to be discovered, maybe including some kind of universal sentient life..

“Perhap's I'm old and tired, but I think that the chances of finding out what's actually going on are so absurdly remote that the only thing to do is to say, "Hang the sense of it," and keep yourself busy." - Douglas Adams

The word "Agnostic" was coined by Thomas Huxley, aka Darwin's Bulldog, who said that it means "without knowledge" of god, or A-gnostic. The term A-theist means "without belief" in god. I am therefore an Agnostic Atheist, as I lack knowledge of god and therefore lack a belief in god.

I have to disagree. First of all, yes you can be a little pregnant... 1 month vs the whole nine yards. In any case, that's a hell of an analogy. Agnostic means not-really-sure-but-dont-really-care. Athiests hold a firm belief that there are no such things as gods. Don't quibble on the root meaning, it is as much by convention than it is by meaning. 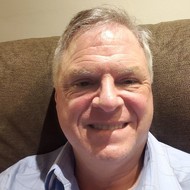 No, pregnant is an either you are or you're not situation. There's no being 62% pregnant.

Jeez everyone, I was just goofing...

There are religious agnostics. Agnostic is about knowledge; atheism is about belief (or lack thereof). An agnostic claims not to know if there is a diety (or dieties); an atheist believes there are no dieties.

Consider, as an alternative to agnostic atheism, agnostic Christianity: [en.wikipedia.org]

You can include a link to this post in your posts and comments by including the text q:108565
Agnostic does not evaluate or guarantee the accuracy of any content. Read full disclaimer.