8:10 A feminist passed by and asked me why I didn't make a snow woman.

8:20 The gay couple living nearby threw a hissy fit and moaned it could have been two snow men instead.

8:22 The transgender ma..wom...person asked why I didn't just make one snow person with detachable parts.

8:25 The vegans at the end of the lane complained about the carrot nose, as veggies are food and not to decorate snow figures with.

8:28 I am being called a racist because the snow couple is white.

8:31 The Muslim gent across the road demands the snow woman wear a burqa.

8:40 The Police arrive saying someone has been offended

8:42 The feminist neighbour complained again that the broomstick of the snow woman needs to be removed because it depicted women in a domestic role.

8:43 The council equality officer arrived and threatened me with eviction.

8:45 TV news crew from the ABC shows up. I am asked if I know the difference between snowmen and snow-women? I reply, "Snowballs" and am now called a sexist.

9:00 I'm on the News as a suspected terrorist, racist, homophobe sensibility offender, bent on stirring up trouble during difficult weather.

9:10 I am asked if I have any accomplices. My children are taken by social services.

9:29 Far left protesters offended by everything are marching down the street demanding for me to be beheaded.

Moral: There is no moral to this story.

It's just the world in which we live today and it is going to get worse. End

I'm now going to the Tai Chi group to overcome my grief.

This is a slippery-slope fallacy. You can still build a snowman and there is in fact no appreciable pushback or gaslighting about your motives. It's just a snowman.

The only REAL agitation would be if, say, a gay couple made two same-sex snowmen in a lascivious embrace, and guess where THAT pushback would come from. Not the PC crowd, I can tell you that.

This is very similar to Christians claiming persecution when all anyone is doing is not buying their bullshit, and calling bullshit on it. The world is not a dystopian nightmare for conservatives other than in between their ears. They are still free to have married missionary position-only sex with members of the opposite gender, and even to exclude people who disagree with them on that score from their private clubs without being accused of discrimination. No presidential candidate thus far has dared to at least not pretend to be a practicing Abrahamic theist and still hope to get elected.

What they can't for some reason abide is other people disagreeing with their bigoted self-ratifying nonsense, even if they themselves still get to be self-ratifying bigots.

On top of all that ice-cold matter i can't even "like" this post, the only solace being the prospect of a decent thaw in the near future - welcome, global warming!

I am a self identified Yeti and I find this whole "joke" offensive as for many years the term abominable snowman has been used as a derogatory term for my kind.
I have called the police and informed them of your hate crime.
YOU HOMONIDOPHOBE!!!!!!!

I shall be your witnes?s

But I'm only the messenger not the propagator.
I really am a card carrying fully paid up member of WLAHLS - We Love All Hairy Legs Society!

It's a sad state of affairs. What is the answer? How do we overcome this? 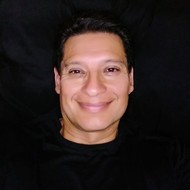 My tough old grandmother used to drum it into me with a 2x4 "Sticks and Stones may break my bones but Words will never hurt me unless I let them". I understood her to mean that I am responsible for allowing other noise to hurt me instead of treating it with the contempt that it deserves, sidestepping it and tripping them up as they rush past, or simply taking action to obviate real sticks and stones causing injury. Please share my grandmother and my thoughts with others in need of enlightenment.

@FrayedBear, your grandmother was obviously wise beyond the times ... & noise. i will gratefully share her with you & your thoughts

Recycled - but I love it!

You can include a link to this post in your posts and comments by including the text q:110260
Agnostic does not evaluate or guarantee the accuracy of any content. Read full disclaimer.