I'm never comfortable with statements like this. One size doesn't fit all. We all have different systems and varied nutritional needs. Some of us can't digest vegetable protein, no matter how conscientiously it may be combined, or no matter what kind of supplementation we take.
I was sick for the 6 years when I was a vegetarian---that was when I was in my early 30,s and relatively strong. Eventually I had a terrible case of the flu, and the first question my doc asked was about my diet. When I told him I was a vegetarian, he pulled out a chart about aminos and explained why certain body types needed animal protein. I went back on my omnivorous diet and viola, no more colds or flu.

I'm glad playing the viola helped! Music helps me a lot too.

If you were just vegetarian, I'm not surprised you were ill. Dairy products are extremely unhealthful.

Everybody celebrates when one human being makes it to the moon, but when one vegan delays death they say it's just anecdotal... whatevz! see y'all in hell!

@maturin1919 I can juggle apples and oranges too.

@maturin1919 thanks... I thought you would need to see proof

Having observed the cattle kill floor in Des Moines Iowa it is MORE EXTREME to watch a killer shoot electricity into a cow skull watch the victim fall instantly onto it's back watch a sharp hook pierce her hide between an Achilles tendon and the leg bone hoof joint and a moving conveyor line of hooks drag a shuddering bull not yet dead up into the air the next slaughter house worker USUALLY an illegal alien slices open the throat of Daisy contented milk cow with an electric knife more dangerous than a chain saw. ...the floor has 3 inches of standing mega gallons of steaming hot blood in the refrigerated room of 32°F sucked down into a drain pipe for immediate filtering out feces, grass, cowhide slices and hoof powders. ..YUP US vegans are extreme alright to demand the meat murderers stop telling lies and decimating the AMAZON river basin for grassland to feed cheap McDonalds ground bovine cadaver

This is a pretty typical breathless overreach with a built-in appeal to authority (Elizabeth Blackburn, although with no specific attribution to the study that's pseudo-cited). Blackburn is undeniably a smart person doing interesting research but has a history of cooperation with pseudoscientists like Dean Ornish, with whom for example she co-oauthored a paper about more general lifestyle interventions and their impact on health and well-being. While the paper itself sensibly cautions that more study is needed before drawing more general conclusions, which covers Blackburn's professional touche, Ornish had no problem going public with wild claims based on the research, that "aging can be reversed at the cellular level". This is a disturbing good cop / bad cop trend in nutritional research that I must decry. I understand the excitement to get potentially helpful research popularized where it can help people, but there are so many people standing in line wanting to sensationalize and engage in confirmation bias, that it ends up being a self-defeating strategy.

My actual take away from this article, in combination with others, is that radical carbohydrate intake reduction and moderate stress management can have surprisingly salubrious impact on health, in many people, and there are sound evolutionary reasons to be unsurprised by this fact. It motivates me for example to move my diet away from my beloved carbs despite how deprived it makes me subjectively feel. It does not suggest to me that something as extreme as veganism (and sorry, it IS extreme, and denies the inconvenient fact that we ARE omnivores) is how far I should take it.

The study cited in footnote 17 which you obviously didn't get to is here: [ncbi.nlm.nih.gov] and it specifically says saturated fats are the culprit, not just general calorie restriction and certainly not aimed at carbs, sorry charlie!

Also there's an entire organization of doctors committed to educating people through scientific research, the Physicians Committee for Responsible Medicine, which tells here that a diet high in carbs reduces your risk of diabetes and heart disease, and that avoiding carbs can actually harm your health. [pcrm.org]

And here's a Harvard study of 100,000 people showing that low carb diets lead to shorter lives... goes on to cite a smaller study that shows that if you're going to eat low carb, do it plant-based for lowest mortality results! [nutritionfacts.org]

@verifiabliss The NIH study doesn't even contain the string "carb" much less address them. Yes, the kinds of fats you consume is in the mix. Never said it wasn't. Also ... the kinds of carbs you consume are relevant. Enlightened diabetics pay attention to glycemic index more than to carbs as such. Also to various laws of unintended consequences, like skipping potatoes to avoid the carbs and missing out on all the fiber.

The key for me has been exercise (limited somewhat in scope unfortunately at present by the fact I have an aneurysm) and dropping key comfort foods like sodas (quit those back in the 90s) and milk and bread (mostly quit both in the 90s, although they still try to creep back in). My A1C has been steady at 6.7 for the past four years and I hope to see it at normal levels by stripping off another 20 pounds over and above the 85 I already shed over the years, and improving my core strength through low-key fitness training like chair yoga, and eventually graduate to something more strenuous.

Ironically in the process of of all this my meat intake has in fact fallen significantly. I grill an alarming number of vegetables rather than steak. As in a lot of things, my younger self would scarcely recognize me, and would be accordingly appalled at what has become of me. But pragmatically, people like me are simply not likely to go vegan, particularly cold turkey or via the typical program of accusatory shaming sometimes seen from ethical vegans. Everything in its own time and place.

On the plus side I live in walking distance of a world-famous vegetarian (sorry, not vegan) eatery and they have finally started taking reservations so eating there doesn't come at the price of standing in line for two hours. So there's that. It's always progress when people can flex a bit and be pragmatic rather than idealistic -- or if you will, happy rather than right.

No, Dean Ornish And Elizabeth Blackburn Have Not Discovered The Fountain Of Youth

"There is a large gap between the conclusions of the paper, which sensibly state that the study was very small and needs to be replicated in larger populations, and Ornish's statements, which promise that aging can be reversed at the cellular level, seemingly for all people at all ages. Here are a number of reasons why you should be very cautious before drinking this Kool-Aid, despite its resemblance to the elixir of youth:

"This was not a randomized trial. . . . This was a very small trial. . . . What caused the changes (if there were changes)? The Ornish program is famous for containing multiple interventions, including drastic reductions in dietary fat and sugar, significant increases in exercise , as well as yoga classes and group therapy. There is no way to know the relative importance, or lack of importance, of any of the individual components of his program. . . .

"It is far too early to know if measuring telomere length is a good way to assess the value of an intervention."

I would need to look at this study. I would not mind eating vegan but as creatures we evolved for for an omnivorous diet, hence the big flat back teeth, the need for protein and the high energy brain power and adaptability.

The animal kingdom can be divided into 3 catagories. Carnivore, Omnivore and Herbivore. Without exception, Herbivores are food for the other 2. 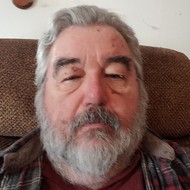 No offense... But just knock the horns off that cow and put it on my plate!

OMG another one?. Attack of the vegans aaaaaaah.
Where is my free-range holy beef broth and garlic?

Every vegan I've ever known has been guano x 1,000,000.
I've one single dear gf who is... but we keep our distance. In under TWO years she's broken both femurs and a hip at different times. Whenever I talked to her she was always in the freaking hospital. Even if I wanted to, no thanks!!!

It's totally obviously our species is a nurturing frugivoric primate mammalian evolutionary success story SPOILED by a sub-cult of rape murder and bloodthirst. ...the 3 xian hebrew ABRAHAMIC violent faiths are all about REAL not just symbolic cannibalism condemning menstruation Feminism and Atheism never leaving room for freedom of choice.....animal sacrifice in Eden praising Able for murder ritual of albino lambs AND CALLING OUR VEGAN HERO evil for placing fruits grains & nuts on his altar to the alleged gawd yhwh jeehobah geebush Ghostholes

You can include a link to this post in your posts and comments by including the text q:260288
Agnostic does not evaluate or guarantee the accuracy of any content. Read full disclaimer.