I like the song ‘Dixie’ even though I don’t agree with the Confederate cause. My excuse. Number one: it was written by a northerner. Number two: it was one of Lincoln’s favorite songs and he was the south’s worst enemy! And number three: Yankee Doodle was written by the British before Americans made it their own. So if that can be done with Yankee Doodle, that can also be done with Dixie. I think it’s a cheery tune honestly.

General Grant, who was extremely un-musical (he couldn't even march in step at West Point), once said the he could only recognize two songs. One was "Dixie" and the other one wasn't.

LOL... at the "" nationalism, but seriously, Lincoln was NOT "The south's worst enemy", to the contest, had that nut job not murdered Lincoln the history of this would most likely talen a much more positive turn. Lincoln was against reprisals, and wanted to heal the nation.

With all due respect, have you done your own reasearch, or do you rely on provided opinions as to know what the "Confederate cause" was?

Keep in mind, when accepting what others tell you, that the USA celebrates Columbus Day, when in fact Columbus never discovered anything that he didn't rape, rob, enslave, and plunder. Also, Columbus never stepped foot in North America. 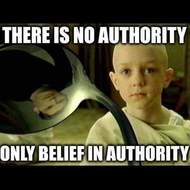 It was written by a black songwriter from New York

I love Tomorrow Belongs To Me, the anthem of the Nazi Youth. If you take it out of its nazi context it can apply to anything and be really inspirational.

You can include a link to this post in your posts and comments by including the text q:272566
Agnostic does not evaluate or guarantee the accuracy of any content. Read full disclaimer.