If a terrorist were to claim that their attack was intended to “add momentum to the pendulum swings of history, further destabilizing and polarizing Western society,” you might be excused in thinking the perpetrator was an Islamic extremist. But these are the words of a white supremacist and crusader.

In the confused and contradictory manifesto reportedly penned by Brenton Tarrant, the 28-year-old Australian white supremacist who stands accused of perpetrating the deadly mosque shootings in Christchurch, New Zealand, the self-described terrorist asserts grandiosely that his killing spree sought to “incite violence, retaliation and further divide between the European people and the invaders currently occupying European soil,” even though the attack was carried out about as far away from European soil as it is possible to get in the inhabited corners of the world.

Tarrant also wrote that he hoped that his actions would “balkanize” the United States “along political, cultural and, most importantly, racial lines.” This would, in his twisted vision, hasten the destruction of the current order and enable the creation of a white, Christian utopia on the smoldering ruins of multiculturalism.

The Australian extremist’s nihilistic fantasy of revolutionary change from within echoes that of many jihadis and Islamist extremists. For example, combating the “near enemy,” i.e., the enemy within, is a central pillar of the ideology and political program of the Islamic State and partly explains why fellow Muslims were the largest target of the self-proclaimed caliphate’s murderous rage.

These two hateful ideologies — white supremacy and radical Islamism — may regard themselves as polar opposites, but their worldviews resemble the other. Both are paranoid, exhibit a toxic blend of superiority and inferiority toward the other, are scornful of less extreme members of their own communities, and are nostalgic for an imagined past of cultural dominance.

Islamists are often in the habit of vilifying their secular, liberal and progressive compatriots and coreligionists as culturally inauthentic mimics and fakes, at best, and as sellouts and traitors, at worst. “The enemies of Islam can deceive Muslim intellectuals and draw a thick veil over the eyes of the zealous by depicting Islam as defective in various aspects of doctrine, ritual observance, and morality,” railed Hassan al-Banna, the founding father of the Muslim Brotherhood, in 1936.

This conviction that local elites are aiding and abetting the enemy by betraying their own culture and people is also a common refrain among white supremacists, neo-Nazis and the alt-right. Such a belief is the root of Tarrant’s absurd assertion that “NGOs are directly involved in the genocide of the European people.” It also highlights why the Norwegian terrorist Anders Breivik — whom Tarrant wrote that he admired — chose to attack the “near enemy” by murdering participants at a Workers’ Youth League Summer Camp, people he vilified as “cultural Marxists,” instead of the more obvious target of Muslims or other minority groups whom he also hated. (A watered-down version of this discourse is becoming popular in more mainstream right-wing and conservative circles, as epitomized in the growing demonization of leftists, intellectuals, academics and journalists, whom President Trump regularly and dangerously brands as the 'enemies of the people'.)

A contempt for “Western” modernity is another trait shared by Islamists and the Christian far right. “The Europeans worked assiduously in trying to immerse (the world) in materialism, with their corrupting traits and murderous germs, to overwhelm those Muslim lands that their hands stretched out to,” believed al-Banna. Unintentionally echoing the founding father of political Islam, Tarrant is convinced that the West has become a “society of rampant nihilism, consumerism and individualism.”

This disdain for many aspects of modernity translates into an overwhelming yearning for a supposedly more glorious and pure past and a nostalgia for bygone imperial greatness when the world was at their command — for the days of European empire or Islamic caliphates.

In his manifesto, Tarrant oozes victimhood, equating the perceived erosion of privilege with oppression, rather like Islamists in some Muslim-majority countries who regard any concessions to minorities or women as a sign of their own repression. He appropriates the language of occupation, anti-colonialism and the oppressed, despite living in a society founded by European settlers.

Although Tarrant claims to be undecided about whether he is a Christian, he couches his manifesto in Christian imagery and justifies his crimes in religious terms, like his jihadi equivalents. Not only does he quote Pope Urban II, who initiated the First Crusade, but he also warns that: “We are coming for Constantinople and we will destroy every mosque and minaret in the city.”

Tarrant claimed that his actions were motivated by the urgent need to avert a supposed “white genocide,” a popular myth in far-right circles which maintains, absurdly, that there is a conspiracy in motion to kill off the white race. Outlandish conspiracy theories are common fodder in both far-right and Islamist circles, including anti-Semitic tropes about the world being controlled by a cabal of secretive, wealthy Jews.

The appropriation of the anti-colonial language of the oppressed shows how white supremacy has developed an inferiority complex since its peak in the 19th century, when the West pretty much ruled the rest. In place of the white man’s burden of yore, many on the far right now feel they are regarded as the burden.

This claim of resisting foreign occupation and oppression is a common refrain in contemporary white nationalist circles. Despite claiming that whites were the “the pioneers of the world,” Richard Spencer, the poster boy of the Alt-Right movement, lamented — in the notorious Washington speech during which he made a Nazi salute — that “no one mourns the great crimes committed against us. For us, it is conquer or die.”

“We are experiencing an invasion on a level never seen before in history,” Tarrant asserted dubiously in his manifesto, even though his victims were worshipers at a mosque, not an army massing at the border. “This crisis of mass immigration and sub-replacement fertility is an assault on the European people that, if not combated, will ultimately result in the complete racial and cultural replacement of the European people.”

“[There] are no innocents in an invasion, all those who colonize other people’s lands share guilt,” the Australian terrorist claimed. In this, he echoed Osama bin Laden, who described 9/11 as an act of “self-defense,” declaring that “if killing those who kill our sons is terrorism, then let history be witness that we are terrorists.”

Extremists may believe in a monumental battle between the Christian West and Islam, but the reality is the cross-border conflicts in this world are predominantly clashes of interests, not of ideologies.

There are, however, ideological clashes within our individual countries and “civilizations” — between pluralists and progressives, on the one side, and puritans and fanatics, on the other.

If the extremists prevail, they will rent apart their own societies supposedly to protect them against the perceived enemies from within and without. We must use all the social, economic, political and intellectual tools at our disposal to avert such a catastrophe.

Khaled Diab is a journalist and writer. He is the author of "Islam for the Politically Incorrect" and "Intimate Enemies."

I wonder how we could eliminate extremism. If we take kids in an attempt innoculate them from indoctrination, aren’t we then extreme? I mention kids because they are seeds that have yet to grow with a skewed point. Aren’t we then a dis-ease unto ourselves creating the skew in our view?

Has anyone seen Land of the Blind? I can’t help but to refer to this movie.
[en.m.wikipedia.org] 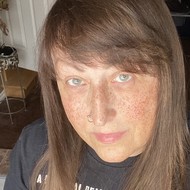 I don’t think so, because in order to innoculate them we have to teach them to think critically and independently. Children taught in this way will grow up to be logical thinkers, and hopefully not become extremists of any kind (but that depends on more than a logical viewpoint).

@Closeted IF we were to take children, even to teach (indoctrinate) them “to think critically and independently,” aren’t we then being tyrannical? If teaching by example, what are we teaching?

@Arachne oh and if I personally had kids and was teaching them by example, I’d teach them to be a nervous wreck every time they stepped out of the house, so it would be beneficial for them to learn how to think properly from somebody else.

@Closeted perhaps I over think thoughts. Nonetheless, the obvious was overlooked; the taking of children. I thought for sure you would question the taking of someone’s children.

In some futuristic land, a racist tyrant exists. A group of revolutionary people take up a resistance and topple the tyrant. Since a portion of the society is overtly or covertly racist, it was deemed necessary to gather ALL children and take them to a reprogramming facility to indoctrinate them to love one another.

The parents of these children are then subsequently sterilized thereby breeding their kind out. They never get to see their children again. Children who are able to breed are summarily sterilized as well.

I can go on. However, do you see what I am saying? If you personally had children, wouldn’t rise up in revolt to stop them from being taken? I feel like an Ouroboros. [en.m.wikipedia.org]

@Closeted I have a daughter. I took her to the street and taught her how to be one with the street. I taught her how important it is to maintain assertiveness even if looking down the barrel of a gun. I taught her about eye contact and knowing when and how to strike someone coming from behind. What she does with the knowledge is up to her.

@Arachne I thought you meant teaching logic and critical thinking in school. I'd even have a problem taking away a religious zealot's children.

Now there are other issues regarding children besides indoctrination, like vaccinations and making sure they get proper medical treatment (no "natural" remedies or praying the sickness away) but does it invade the parents' privacy to check up on the kids every once in a while?

@Closeted are you saying that a natural remedy, such as plantago should not be used?

I question what is proper medical treatment. For that one plant above I would question antibiotics for a burn over said plant.

I would also oppose parental usurpation of any kind.
Wouldn’t you? [en.m.wikipedia.org]

@Arachne plantar for burns is ok. I'm talking more along these lines:

@Closeted In regard to the other things, people have to actually think.

You can include a link to this post in your posts and comments by including the text q:313468
Agnostic does not evaluate or guarantee the accuracy of any content. Read full disclaimer.