‪?69 visits to his properties ‬

‪?23% of Trump's presidency spent on a golf course ‬

This from the guy who complained about Obama golfing and vacations.

FUN FACTS:
At week 80 into his presidency, if Obama had golf as much he would have spent approximately $17.25 million. Obama played primarlily at military golf courses making it much lest costly to the tax payer.

Amazing fact: Compare this to the sum that Trump had spent - $74 million by week 80, and you see that Trump spend 4 times as much as Obama did at this point in his presidency!

Amazing fact 4: It is cheaper for secret services to secure a public golf club then an exclusive private one. This is because the rates of renting buggy, booking the greens, accommodations and food, are cheaper in a public club than a private one. However, for the propose of this calculation, I have assumed that they cost the same, since the difference is only a bit cheaper (10% cheaper at most)

He spent more on vacations in 2 years than President Obama did in 8 years. Big pig!!! 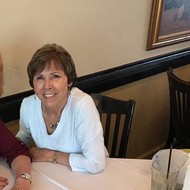 The cost to the taxpayers seems to be about eighty times higher than his salary over two years!

You can include a link to this post in your posts and comments by including the text q:316502
Agnostic does not evaluate or guarantee the accuracy of any content. Read full disclaimer.