Whenever I argue with my Muslim friends, they always say that I have never been a real Muslim and I know nothing about Islam, but in fact I know much more about their religion than they do. 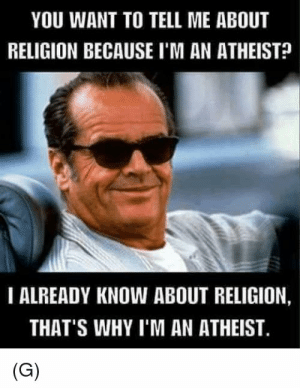 How do you live where you live? Are you able to even tell anyone what you actually believe? Is your life in danger? 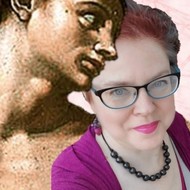 A thing that really irritates me about my cohorts on the left: The false equivalency both atheists and liberal Christians make between Christianity and Islam.

Bring up any problem with Islam, and they're quick to say,

"But Christianity is just as bad!"

"What about the Crusades? What about abortion clinic bombers?"

"ALL religion is harmful!"

It HAS TO BE OKAY to criticize Islam
...SPECIFICALLY.

Islam has theological and ideological qualities that make it DIFFERENT and UNIQUE compared to any other world religion. It has to be okay to say so.

Liberals have a huge blind spot about this.

I believe all human beings are worthy of respect. That is exactly why I oppose Islam more than other religions. I wish it were possible to discuss this topic without being called “Islamophobic,” and being counted an ally of the Right.

Perhaps we could start with the fact that the majority of victims of Islam are Muslims themselves. In fact — unlike any other world religion today — Islam (first) counts as “Muslim” any child born of a Muslim parent… AND (second) punishes apostasy with death.

So, adding 1 + 1, the first question is, How many Muslims are even Muslim? Because being Muslim isn’t a choice… not a free one, in countless cases.

If they interpret well, most of them well just leave Islam the same I did

Unfortunately, @bobwjr you do the same thing here with the Qur'an that many Christians do with the Bible: taking a verse out of context.

My understanding -- and @NR92 please tell me if I am incorrect -- the "people of the book" verses were written earlier, and later aborgated:

》》There are some peaceful, tolerant verses in the Quran. But the violent, intolerant ones have abrogated them. The Quran itself explains what to do with conflicting verses. If two passages conflict, it says, the one written later is better than the one written earlier. The earlier passage has been abrogated by the later one.

The bad news for non-Muslims is that almost all the peaceful passages were written earlier, and the intolerant, hateful, and violent ones were written later.《《

@babyhumanist I am going by what imams have told me and other Muslims, any religion can use passages for hate Islam is very prone to that

I really don't care if they know more or less than I do...I do not need to know the details of any religion to know that I find all of them to be contrary to how I live my life...I do not need any "spiritual" guidance ...I am not out to convert anyone to being an atheist...I have no idea why anyone feels they need to convert me...

I take the Vulcan anthropologist approach, and always strive to learn/know more about Humanity than it knows about itself.

I'm just glad Ramadan is over! I have a lot of Muslim customers. They get REALLY grumpy when they can't eat or drink during daylight hours.

Happy Eid al-Fitr, enjoy it anyway you like! We are getting fed tonight at the local mosque. (Not nor ever been a Muslim/christian/jew)

Thanks, but I don't celebrate Eid as it is an Islamic culture and I am an ex-Muslim militant atheist, Islam was forced by Arab conquerors in Afghanistan when they attacked Afghanistan and forced the locals not to celebrate their own traditional festivals like Nowroz, Yalda Night and Mehregan but pure Arabic-Islamic fevestivals.

Is Jack Nicholson really a card-carrying atheist, or did the maker of the meme just take his picture because Jack has that wonderful sardonic grin?

BTW Religion is less something you know a lot about, like , say, biology or history, it is something you live. Being religious is more like being gay. You can know everything about homosexuality, but that does not make you a gay or lesbian person.

Correct and don't be paternal and assume you know what's best for them.

@powder A lot of atheists seem to know what is best for religious believers.
(BTW it is "paternalistic", not 'paternal*)

@Matias We will all mark our grammar note books.

You can include a link to this post in your posts and comments by including the text q:357211
Agnostic does not evaluate or guarantee the accuracy of any content. Read full disclaimer.