LOL. The brain is the most outstanding organ. 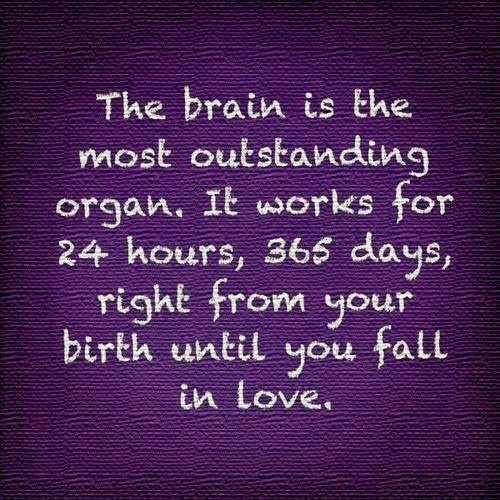 ... and religious indoctrination disables it.

I think it is mostly still working, but the neurons are just misfiring. I think in terms of evolution this is an "advantage" to better ensure reproduction of the species. Thinking people tend to have fewere children.

Some people even miss that boat.

At which point, an upstanding organ dictates!

And at that point the cock takes over.

And the heart never stops. Until you die. And even then it can get transplanted for somebody else to keep alive and to keep them alive!

After a brief interstice. I see you're back on a roll!

You can include a link to this post in your posts and comments by including the text q:357893
Agnostic does not evaluate or guarantee the accuracy of any content. Read full disclaimer.