Behind the umbrella of national security trump via pence, Pompeo and the rest of the obstructionist religious evangelistic republicans are secretly urging on an all out Middle Eastern war to hasten the destruction of Israel!

Hence to full fill the religious right’s and the evangelist biblical prophecy to further their mystical mentally inept delusional rapture!

Rapture like Virgin Birth with three kings witnessing the birth under a bright star seems as logical as trump becoming president!!! 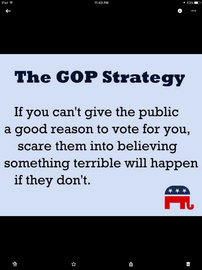 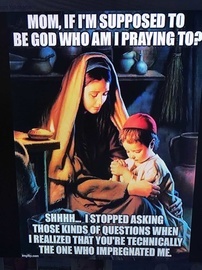 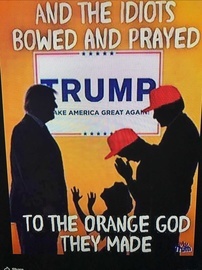 I'm given to understand Pompeo was the main person pushing this and he does happen to be an evangelical who believes in the rapture and the tribulation and Armageddon. How front and center that actually is / was in his thinking is anyone's guess unless someone's aware of a direct quote of the general nature of "we need to start a war with Iran to usher in the second coming".

As far as overtly alarming breakdown between church and state go, there's more on record with Barr than with Pompeo AFAIK. He's running around giving speeches about it in fact. Not about hastening Armageddon, but the notion of bringing about various Dominionist wet dreams.

Just read elsewhere that ‘we’ deal in “toxic politics.” No, we’re fighting it with all our might! Thank you for pointing it out ... if in as toxic a fashion as it deserves.

You can include a link to this post in your posts and comments by including the text q:448307
Agnostic does not evaluate or guarantee the accuracy of any content. Read full disclaimer.