We have loyalty to political parties, sports teams, and brands. Are we loyal to each other?

Survivor is more a Hobbesian/Machiavellian dynamic perhaps spiced up for reality ratings. Well I never watch it but it seems that way. How much does resource scarcity and frontier justice come into play? I guess status, shifting alliances and power rear their heads often enough. How quickly are people thrown under the bus in those unusual “reality” show circumstances?

But the group is small and by grapevine rumor everyone knows each others reputation, which isn’t as realistic in the heavily populated subsets of the world many of us encounter. Religion is a costly signaling indicator of trust in groups surpassing Dunbar’s social networking limit.

Political parties and sports teams reflect our tribalistic nature, though parties may capture something less arbitrary than geographical team boundary if progressive or conservative tendencies are more innate than the family biases you were born into.

We are so tied to groups based on identity labels and ideological grounds I’m not sure we can transcend differences to approach people purely 1:1 instead of what sets we correspond to. Race and ethnicity surely influenced who you could be friends with and marry in the recent past.

Politically I know seeing a red MAGA hat is a quick heuristic by which I now judge people as is wearing a mask. And friendships can be strained by such things as politics. Maybe not so much sports and branding, though I recall the OS wars of Mac, Windows, and Linux, but those were fought by anonymous strangers. But long standing friendships I have had since childhood or high school can withstand some differences of opinion. I guess that’s loyalty as much as what car I prefer to drive based on past performance or familiarity. 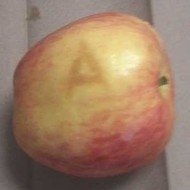 This year I like the Tampa Bay Buccaneers, because Tom Brady will be the quarterback.
If you feel the same way, we can talk.

I now like Tom Brady because he’s a Buc.

@Scott321 I guess what I'm saying is, if anyone's loyal to a sports team even when they fall on hard times, it's not 'admirable,' necessarily. If a political party morphs into something else you don't agree with, does loyalty make any sense? If a person changes into someone else, same thing.
In all cases, you loved, respected, and were loyal to an IDEAL, a standard of excellence. You attach your loyalty to an entity which embodies that. So in that sense loyalty is fluid.
That said, I'm expecting the Bucs to be formidable this year
Go Joe

Reality shows are proof that people aren't just shallow, they are in the deep end of the pool. These people are missing links

You can include a link to this post in your posts and comments by including the text q:521867
Agnostic does not evaluate or guarantee the accuracy of any content. Read full disclaimer.