I strongly think that a person is a coward to be science educated on one side and believe in illogical stories related to God and religion on the other side.

That's not logical. I'm now an agnostic, but the argument that science necessarily rules out God is unscientific. Science studies what is empirical, it does not ask questions about 'why' things ultimately exist as they do. May scientists around the world have religious beliefs and many don't. That's what I'd expect.

The more science education one has, the more understandable it becomes, how an otherwise educated person might also believe in illogical stories without cowardice having anything to do with it. Illogic has been a part of human nature a lot longer than logic has. If there is any mystery, it is that we are capable of any degree of logic at all. On the other hand, we naturally exhibit no shortage of confidence.

I tend to agree.. Yet there may be a splash of pragmatism in there somewhere. How stifling for science to require it’s best & brightest to also possess the charisma and courage of …Bill Nye, Neil Tyson, David Suzuki, or Carl Sagan…

in the words of of the late Spike Milligan

I don't see where cowardice comes into it... 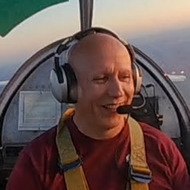 Fear of Hell and ostracisation for a start

@LenHazell53 Fear is not synonymous with cowardice.

Being fear need not make you a coward, but a coward is alway fear filled and more importantly has surrendered to it.

@LenHazell53 The point is, I don't know that a believer is a coward, which is what the original post seemed to say. It could be true but it isn't necessarily true.

I do not therefore think that they are cowards, merely deluded.
Some people, like famously Stephen J. Gould, see religion and science as existing in two separate realms, ( he called them magisteria, ) one in the spiritual or supernatural and the other in the natural. Which is great if there is no overlap and both sides respect the boundary.

But of course religion can never do that, because religion is, by its nature, imperial and has to expand its empire into the natural world, since no mater how much power and knowledge you may have within the, possibly none existent, supernatural world, it profits you not one jot until someone puts a real material coin in your collecting tin. So that while science never ventures out of its realm, religion in order to appear to have something to give, and a way of obtaining something, must by its very nature invade the natural world or make statements about it. While since religion is free of the idea of objective truth, pear review, or even the need to be logically consistent, it is free to make any claims it wishes, which means of course that if you have a claim to make, especially an unpopular or criminal one, religion is where you go to make it.

Thus, your assumption of a person with science education in one hand and acceptance of a God thingie in the other hand to be illogical is illogical for you to think such a thing.

Sorry but I think differently on this. Science makes one think rationally and logically whereas religion doesn't. Science makes one question everything while religion doesn't. Over the generations anything for which no reason was found in science had been attributed to God and religion. So rational thinkers understand the difference and accept the facts proven by science whereas religious folks even after knowing the facts donot dare to accept the science proven facts and lead life accordingly but due the fear of parents, relatives , society would continue to believe in the illogical stories related to God and religion.

@Prags1983 religion... pure and faultless is this: to help widows and orphans in need and avoiding worldly corruption. James 1:27

What religion are you talking about?

To compare God thingies with the laws of government they are considered to impose on people and the stories people tell because of purported interactions with said god thingies is like comparing apples with Volkswagons.

You have to properly differentiate your subject matter. God thingies are purported to have different types of abilities or powers called omnipotence. When viewing reports of these actions of god thingies many of those actions are often to be about natural laws and defying physics thus. Science then being observation of natural would not observe these occurrences.

Government is what controls people - govern(control) and mental(mind). Government - control of the mind.

The term omnipotent has been used to connote a number of different positions. These positions include, but are not limited to, the following:

A deity is able to do anything that it chooses to do.[1] (In this version, God can do the impossible and something contradictory.[2])
A deity is able to do anything that is in accord with its own nature (thus, for instance, if it is a logical consequence of a deity's nature that what it speaks is truth, then it is not able to lie).[citation needed]
It is part of a deity's nature to be consistent and that it would be inconsistent for said deity to go against its own laws unless there was a reason to do so.[3]
Wikipedia 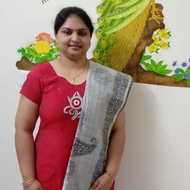 You can include a link to this post in your posts and comments by including the text q:529503
Agnostic does not evaluate or guarantee the accuracy of any content. Read full disclaimer.