A good answer to a persistent question. 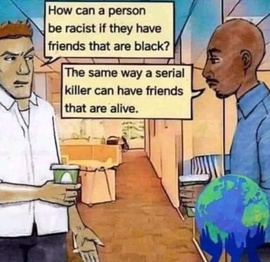 We have systemic racism in America, and it has been going on for so long that it has become normalized.

People are still imprisoned in Oregon by a KKK-era law

"Right now, hundreds of people in Oregon who were convicted by non-unanimous juries remain incarcerated despite a recent Supreme Court ruling that non-unanimous juries are unconstitutional.
Passed in 1934 following the rise of the Klu Klux Klan in the state, non-unanimous juries have meant that for almost 90 years, an Oregonian could be convicted and imprisoned even if two jurors returned a “not guilty” verdict. As per usual, Black and Brown people continue to bear the brunt of the consequences of this law."

"Last year, the Supreme Court acknowledged the racist origins of non-unanimous juries, and ruled the practice - only ever allowed in Oregon and Louisiana - unconstitutional. Even Attorney General Rosenblum has acknowledged the practice is linked to racism. Yet, despite the decision, hundreds of people convicted by non-unanimous juries remain in prison. Thousands more, also tried by non-unanimous juries and who have since completed their sentences, continue to bear the stigma of a conviction record - creating barriers to meaningful employment, stable housing, and even reunification with family."

"Why? Because the Supreme Court decision only applied to people who had open appeals at the time of the ruling. The decision didn’t apply to people who had already gone through the appeals process, despite them having been convicted in the same unconstitutional way. This is an arbitrary matter of timing, not justice."

"To not permit each Oregonian impacted by non-unanimous juries access to justice because of an arbitrary deadline sends the message that some lives, Black lives in particular, are unworthy of fair trials. The state has prioritized convenience over freedom."

Wow. Thank you for sharing this information

This lesson resonated in my life throughout the Trump Presidency. A fact that was brought to the surface for the world to see. 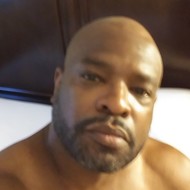 Can only whites be racist?

There are racist of all nationalities

Yes but it does make sense.

You can include a link to this post in your posts and comments by including the text q:594049
Agnostic does not evaluate or guarantee the accuracy of any content. Read full disclaimer.