I want to know how you lefties explain this one

Lets say he was born as a man but identifies as a female lesbian. Since he is a woman, why isnt this statement factually correct?

They would no longer be a man because they identify as a female, right? So then this scenario doesn't work here IMO. They would be a female who is a lesbian. 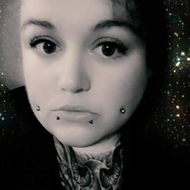 MY alcoholic father once said to me. I been a father to you and a mother to you. I said, go fuck yourself then.

There are no lefties.

What's the 'official' name for those on the left side of the political spectrum?
Liberals? (That would be misleading because a lot of 'liberals' hate economic liberalism.) Progressives? That sounds rather self-congratulatory

When I worked for Disney I was always complaining about company policy that I found objectionable or considered inhumane. “Disney sucks because of this or that.” “Disney ought to do such and such.”

One day a coworker put his hands on my shoulders, looked me squarely in the eye, and said very deliberately… “There is no Disney.”

Then I got it.

“Disney” was an imaginary scapegoat I had created to vent my tribal animosities against. In reality, I was just another employee in a large group of other employees, all just doing the best they knew how, under the circumstances.

At that point I stopped my complaining and just focused on the work in front of me.

It’s not that the political left doesn’t exist. It’s just that habitual complaining about one’s perceived outgroup has virtually nothing to do with politics, and everything to do with evolved instinctual psychology.

There are no lefties, no rethuglicans, no blacks, no whites, no theists or atheists.

There are no others.

Only us. Only life, making suffering for itself.

Why are people on the right so obsessed with other people's genitals? It's frankly perverted.

In the case of 'trans' , it is not the genitals, but the brain - or so they tell us.
If you have a penis but your feeling is I am a woman, your penis is a 'lady's dick' - and whoever calls you a male because of your penis is guilty of transphobia

This really comes down to the definition of words.

A man who identifies himself as a male and is attracted to females isn't a lesbian. That person is straight or heterosexual, since those words mean attracted to the opposite sex. 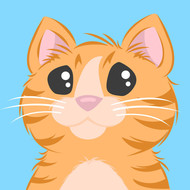 @Beachslim7 Caitlyn Jenner has said that she prefers to be called Dad by her kids. She's aware that she is the father of her children. It's not like that part of her life just disappeared when she transitioned.

@Beachslim7 It's whatever WORKS for them.

Benet Academy (IL) Faces Backlash After Rescinding Job Offer from Lesbian Coach | Hemant Mehta | ... Southern Baptist Leader Condemns Lesbian Rabbi on U. This Pastor Stuck His Hands in Dog Poop to Make Some Weird Point About Sin | Hemant Mehta | Friendly... ACLU: WI School Counselor Told Lesbian Student to “Repent” or She’d “Go to Hell” | Hemant ... Lesbian in Georgia told by her church 'Christians must not interact with you' unless she 'repents' |... Lesbian Moms Sue P. A Christian Bigot Is Furious That His Old High School Hired a Lesbian Principal | Hemant Mehta | ... Lesbian Couple Says Mormon Church is Still Trying to Discipline Them, Years After They Left | Hemant... Christian Writer Claims Her PMS is One of the “Effects of Sin” | Beth Stoneburner | Friendly ...

You can include a link to this post in your posts and comments by including the text q:671425
Agnostic does not evaluate or guarantee the accuracy of any content. Read full disclaimer.