For The Gamers In The Community....

The world Health Organization is announcing Gaming Disorder" as a Mental Illness.

I an not a gamer so i have not opinion about this.

If you are a gamer, please weigh in and share your insight to this attached article.

I think it's very valid. Some people do have a problem with gaming, there was a famous case a few years ago of a baby dying in China because its parents had left it in a car in the sun and had gone on a 24-hour internet cafe gaming binge.

Yes, gaming addiction like other addictions almost always is a mask for other serious problems, perhaps social or financial. But that doesn't mean that there isn't a real, treatable disorder there.

I don't think video games are the problem. I think it's a case of an obsessive nature finding a home somewhere.

A collective of people with medical and psychological degrees, who have each devoted a lifetime of study to this field, have determined that Gaming Disorder is a mental illness. That means it is a mental illness. End of story. What my opinion is on the matter, just like everyone else's is irrelevant. 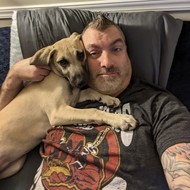 Yeah like someone else said they’re probably ruling this as a disorder for young children, and my personal opinion is if they keep coming up with medical conditions for everything that it’s possible to get addicted to then we’re not gonna have enough breadcrumbs to get home soon. Gaming is probably the same family as gambling addiction; intermittent rewards keep you coming back for more and as long as you’re not overcommitting your time and money you’re probably fine but if you are, treat it as seriously as any addiction and get help.

I got way into a mobile game called War Robots during a period of downtime in life. My grandmother I had been taking care of had a second stroke and required assisted living so I suddenly had a lot of free time, and gaming provided a way to meet/build a platoon of great guys around the world, socialize and discover all sorts of joys in strategy and teamwork. I studied real battle strategy and marine fireteam formations and developed successful squad battle tactics for each map. We went from unknown players to top 10 clans in the world for a while there. I became the strategic leader, with many guys who had seen real combat trusting my plans enough to treat me as their imaginary commanding officer. It’s a really satisfying experience to fight along side a fraternal group if you were never in the service or much into sports, even if it’s imaginary. The same true bonds will form.

The insidious side is that the games for mobile are absolutely designed to be as addictive as possible, and requires either extreme patience to level up the hard way or extreme amounts of cash to speed things up and get ahead of everyone. The Russians who operated WR knew this very well and are still hiking up the prices/required levels and all sorts of other nonsense. I never spent much money on the game but I know real estate developers and successful businessmen who were sinking 10s of thousands into it. That’s when it becomes a sickness in my opinion.

Yes like everything it can be addictive but those in the UK that have been campaigning for this are parents of children between 6 and 11 and are to young to be playing the games they have been addicted to . When the parents use the technology to babysit for then they then wonder why they are having such a bad effect in the children !!

I wasnt addicted to games until I played Factorio.
[factorio.com]
Whatever you do, steer clear. Don't even try the free demo. Not even once. Just don't.

Looks like a very specific subtype of Internet Addiction Disorder...

Gaming can be addictive. Like everything else, you have to use moderation and commons sense. I've seen a lot of good come from gaming as well. I managed a Gamestop for a decade. I got to see games bring people together. The little kid's faces when they were allowed to buy a game that they saved for. There are some kids with special needs That only have games as an outlet.
Also, I game almost every night. Killing a few hundred Nazis helps me sleep at night.

The description in the article certainly seems like a disorder to me. Replace “playing video game” in the description with just about any other activity and I would think it would rise to the level of mental illness.

You can include a link to this post in your posts and comments by including the text q:110264
Agnostic does not evaluate or guarantee the accuracy of any content. Read full disclaimer.