And this time please don't call them God particles.

Where can I get info on these?

It's the reptilians living in the hollow earth sending communications back to there home planet.

Sounds monkeys might be flying out of someone's butt.

Jeez... I guess it's too late to edit it. Should have been "Sounds like monkeys might be flying out of someone's butt.

@jorj - seems the option goes away after a certain time. No ability to edit this one.

@WilliamCharles hmmmm. It never has for me.

@jorj - I'll try from a different device. My tablet has been acting kinda wonky lately.

At this stage who knows what this is? If we continue along paths of Trumpian science all we need is to simply start making things up.

the article keeps talking about these passing through the earth, in comparing them to neutrinos, but since they don't actually have source knowledge that is an assumption based on the fact that they detect in the same way cosmic rays do. they may be emanating from Antarctica, which would nullify the whole "cosmic particle passing clear through the earth but not acting like a neutrino" part of the theory all to hell.

there is a lot of supposition and hyperbole here that I don't like.

that said, I'm very interested to see them tune the tools and get more data, and if they find stuff that expands the standard model that will be cool.

This. I'm also curious to know how they know it wasn't a reflection of the particles from an angle that would put them toward the detector from the bottom. I'm sure they have something, and I'm completely sure the author of the paper wouldn't even have a clue to ask how they know it's actually passing through and not any other available explanation, but it would have been nice to see some of the alternative explanations listed and described, rather than merely ignoring them. Good comment, @HereticSin.

These comments are on a Science post? There's more woo going on here than at a Halloween 'Haunted Mansion'! I don't think I'll do my usual "Shameless Plug" (tm) here for my Science group, I'm afraid some of you might find it!
Now, I agree that this article's headline is hyperbolic, & needlessly so, but some of the "explanations" put forward below go way beyond this. Tho I realize that some were made with tongue firmly in cheek, not all were. I will admit to disappointment, but maybe not as much surprise as I would have expected.

I have no doubt whatsoever that Elder Things and shoggoths are involved in this. No good will come of it! 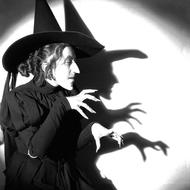 And then I read the preamble... my cynicism is founded: there’s something new, they don’t know what it is, they don’t understand it yet.

I think we should have less of the hyperbolic headlines!

Unlike religion, there are no absolutes in science. The very definition of science, is obtaining knowledge of nature. In fact, while you bitch about science, you're typing on quantum theory, and the theory of electricity.

@Minotaur80 think you misunderstood me completely. And that’s not a definition of science I’ve ever heard. Not sure what your quantum comment meant there either. Altogether quite confusing.

Just to clarify: I’m a big advocate of the scientific method precisely because it admits what it doesn’t know and changes when better evidence is available.

What I’m less keen on is misrepresentations of science - like this article heading.

well the first things that came into my mind is that something activated a generator of sorts. perhaps an unusual physical event happened that changed normal matter into a new form of high energy that is bursting out of Antarctica, via a conduit.

You are partly right. They have no idea what they found and may not be able to control it. We will soon start seeing the effects of a polar shift

So far just read the condensed version.
Sounds good, got the magazine on Saturday haven't dug into it yet.
And yes keep the god thing out.

Hrm. "God particle", Higgs boson, was a missing piece and solved a puzzle. This looks like a conundrum and breaks particle physics.

Santorumonium (from the root Santorum - I consider Rick concentrated evil)?

Interesting. I like it when science gets shake up.

There's only one possible explanation for this: The Thing is about to return!

Be quiet or trumpie will shut down the experiment

You can include a link to this post in your posts and comments by including the text q:191005
Agnostic does not evaluate or guarantee the accuracy of any content. Read full disclaimer.