We will be hunted!!!

Earlier this year there was a new post on a facebook page where the original poster was complaining about Donald Trump. The new post basically said, "we are keeping track of who you people are. Your time will come," aiming the remark at the person complaining about Trump. I mention this because several guys who I know said that there was a list kept of about 75 people at the American Legion Hall here in Athens, Ohio who were going to be 'taken care of' if something broke out. It was about 25 years ago. I had run on a progressive city council campaign so I imagine that was what got my name on the list. Fun stuff So I imagine that the Facebook post of taking names has already begun. 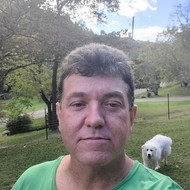 Not surprised at all. It is just the logical next step, for his regime. I'm surprised it took them this long.

Does it surprise anyone here that Trump would do this and hunt you down? It's part of his nature to be this kind of asshole. Remember that 100 people were going to be given a polygraph in regards to the op ed letter in the New York Times. Now I hear that isn't working out so well for them. As for anti-Trump activism did Trump now make this illegal? Think back. Just a short time ago America seemed normal. Now nobody has enough balls to make it normal again, so you can see why my user name is fake.

Hillary beat Trump in the popular vote by about 3 million. He fumed over this and it ate him up. Women marched on Washington and Trump decided those votes where from "the 3 million fat women." He fumed some more and this turned into the votes of "3 million illegals." That nailed it for sure. His koolaid drinkers new we had to take to the borders because illegals had voted by the bus loads. This would make an ignorant as hell comedy except that it's all true.

This is but a few of the reasons that there are anti-Trump activists but it's enough to show most people why we need so many more.

@goldrose I worry about the current trends. The digitization if our personal information means lack of privacy and is a facilitator of the big brother society you're warning against. What seems like a deteriorating education level and reduced critical thinking in the US population is very scary. I hope we see a trend change soon

Wow. And all it takes is a thumbs up on a page or link & they get your credit information.

They will for the first time will be hunting what will hunt back with ferocity.

They're demanding it Yet Again..saaad.

Go for it butthead ! We'll fight you all the way !

You can include a link to this post in your posts and comments by including the text q:196341
Agnostic does not evaluate or guarantee the accuracy of any content. Read full disclaimer.