I have no problem shaming America. 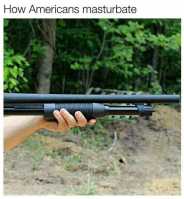 I’ve noticed that the 2nd amendment is used to defend gun-owning rights, but the 2nd amendment talked about gun rights in the case of a “well regulated militia,” so I feel like that has to put a dent on the argument. I think I’m getting the definition of militia wrong, but if one feels the need to defend themselves against a government that stagnates as to who it’s even against with every new president, wouldn’t this need be invalidated and labeled as an uprising instead of a militia? I mean people have a right to overthrow a government they aren’t happy with and replace it with new and better people, but with new presidents coming in and the government alternating parties all the time, how do you justify defense against the government if it could just support you in 4-8 years?

As an Australian I understand.

You can include a link to this post in your posts and comments by including the text q:31072
Agnostic does not evaluate or guarantee the accuracy of any content. Read full disclaimer.