Is it just me, or is life too complicated? There’s so much to deal with and worry about, and I’m sick of it! Does anyone else feel like this?? Any suggestions on how to simplify?

No, it's not just you! I have carried the same existential quandary over most of my adult life. I used to write, then ran out of time and ideas, especially the latter. There are days when I want to go to bed and NEVER wake up.
How do I get by? I am in the pleasure extraction business. I find solace and comfort, albeit ephemeral, in little things like painting a wall, fixing something, traveling, anything that gets me "excited" about the next hour or day.
Btw, I also live in MS and I am asphyxiated by religion and religitards. I live in Natchez. 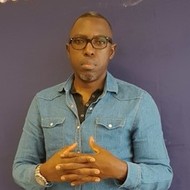 I find life difficult even when it's not complicated. Even in innocuous ways. Just earlier today I was walking and wanted to check my FitBit to see where I was at, step wise. Couldn't just glance at it, no, I had to fight with my jacket and my long shirt sleeve and then the blasted button was overshooting the steps display. If finally just said screw it and gave up. I didn't need to know THAT badly. I just noted it when I got home and got my jacket off. But life is fully of little annoyances like that, stuff that you'd think "should" be "simple" and aren't. You just have to accept it. My personality has not been prone to accept such things.

It's odd, because I'm a software developer, which requires me to sit for hours and finesse inconvenienced electrons around inside a computer, and that's detail work that's subject to all sorts of unexpected complexities and interactions. Somehow I find that soothing, and looking at a fitness tracker aggravating. Go figure. Maybe it's because walking gets in the way of being "in the flow" with my work, but it's necessary to maintain my health.

Anyway, ahem you wanted to know how to simplify. Well the very most useful thing is to eject from your life, every asshat that makes unreasonable demands on you, is toxic or unreasonable. That's a very simple heuristic although the knock-on effects can be ... difficult, at least for a time. One manifestation of that for me was something my late 2nd wife introduced me to: the concept of firing troublesome clients. I had a client that could not be pleased, was monopolizing all my time, always wanted something for nothing. My wife pointed out that it was allowed for me to just pick up the phone, and tell Sheila (see, I still remember that bitch's name!) and tell her this isn't working out for me and she'll need to find someone else to do her work. 90% of my work stress evaporated in one phone call, plus, I had the satisfaction of Sheila blubbering at me for once. Another time, I lost a bid on a project and asked the client why. They said my rates were too low, I didn't seem credible. I immediately raised my rates 25%, lost my two worst clients, picked up 3 new ones who still thought I was a found bargain.

Basically it is valuing yourself, your time, and your energy. We tend to let all sorts of people bleed it away because we can't say the magic word "no" or we can't assign the correct value to ourselves or allow others to assign incorrect value.

I have a fairly simple life - now - I have been here in Northern Ireland for about 25 years - Its a slower pace mainly and I think because I don't really fit in, that it is helpful to me _ I don't have desires for much of what money can buy- I live simply and enjoy what I have - I love my old clothes and love knitting teddy bears and blankets for children - I havent always been simple but
now at this point in my life I enjoy it.

Yes not being addicted to acquiring things is a major simplifier. Less stuff to maintain, put away, feel guilty about under-utilizing, etc etc. And finding a slower paced environment: priceless. In my work, I almost entirely define the pace and content of my work, that's a nice place to be. It's taken me 30 years to get there though.

Humans have turned life into a subservient hell.

You can include a link to this post in your posts and comments by including the text q:33566
Agnostic does not evaluate or guarantee the accuracy of any content. Read full disclaimer.