How do you prevent yourself from ignoring red flags when you’re drunk with lust/love? 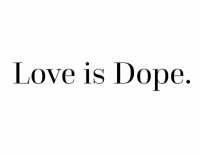 I agree. I love my dope!

.....can't agree with these false assumptions. ....love is giving. ....why give to anyone waving red flags like religion or greed or addiction or patriarchy or dishonesty ?

I am physically incapable of ignoring red flags. If im unsure of something, I adress it. Talking it over with someone, especially the person giving red flags, often helps. You gotta air out your dirty laundry. People explaining themselves will help you understand why their doing something to give you pause.

Yes its true, we can all be shallow. I think try not to be desperate. your better of with no one than the wrong one.

How do you avoid it when you're one big, empty hole of need? When I'm in a better place it's not too bad. I can and am usually able to avoid the bad hetero choices. However... I have had some help with getting my mind right with some folks on this site.

Love is chemistry based, if it wasn't most people wouldn't get together to begin with. Without some chemistry in a relationship the bond would become utilitarian and missing an important factor. A love that stands up to time and is real, not utilitarian, has a chemistry factor that continues throughout until physical health lessens ones drive, but even when the physical is no longer present there will be the mental and emotional memories of how special it was.
If the chemistry is there then the relationship will develope whether intercourse is present at the begining. But whether sex is there to begin with or not does not mean the relationship will last. It really is an invidual thing and depends a lot on ones own past and fears.

Its nearly impossible. The only chance to see the red lights and flags snapping in the wind is if a person could stop long enough to listen to the geat advice they've given others. Maybe. Its such an uphill battle though, as when we're in the mentally deficient state of love/lust we will justify a-n-y-t-h-i-n-g to get our fix.

My divorce is just about finished. That relationship was a result of blowing through the stop signs pure and simple. I remember being unconcerned with the flags until about three months into the cultivation of this relationship...then I recognized them, and ran her off. But it didn't stick, and after dating for a few months I caved on an offer she made me...and that was that. She was sneaky...knew my weakness...and I was stupid enough to fall.

And at the end of the day, the issue that I thought was the dealbreaker within a few months of dating...was the exact issue that brought down the marriage in the end 16 years later. Fecking Duh on my part.

@AMGT A Buick. Bwahahaha! You know...I felt that weight come off, I really did. It was kind of shocking how much of a physical sensation it was! And I was walking around grinning like a Cheshire Cat too for a couple weeks even though I understood there was a punishing amount of work and drama ahead.

When the deed was done, though...it was done-done...and I did not feel even one little 'ol thump of regret in my heart nor any circling grief in my head. Bye-Bye. Catch ya later. Adios.

Taking the time to really get to know the person, first, in a non-romantic way. It comes with a cost, usually a loss, because many people don't want to go that route. Becoming aware that I was being seduced by my own neurochemistry was a huge wake-up call. Was the knowledge gained worth the price of the pain?

@AMGT For sure. How many major injuries does it take before learning that one must test the depth of the water before diving in?

As a walking red flag,idk.

If your contract with your "other" reads as such: I want to be with you as long as you add some form of joy to my life on a daily basis and I would hope that I will do so as well. Or words to a similar affect.
It is my strong impression that during the courtship both parties have a tape running in their heads full of all the stuff that turns red into pink, and as soon as you "lock it in", usually by marriage, but even a commitment ceremony is risky, those first tapes get auto ejected and a new but very different pair of tapes replace the first ones. I think you know where I'm going with so I won't provide my personal experience at this time, and how I came to these conclusions, but I will if requested. Love to all. Praised be the universe.

History can be a great teacher, but not always a reliable one.

Cuz it makes you stupid!

@AMGT well I drink a lot and post a lot of memes. I can't recommend it to everyone but it works for me.

I'm probably the worst person to answer that, having fallen in love several times with people my friends warned me (with hindsight, correctly) to stay well away from. So, I won't.

You can include a link to this post in your posts and comments by including the text q:35164
Agnostic does not evaluate or guarantee the accuracy of any content. Read full disclaimer.