Skank is perfect substitute for c-word that fits her and Ann Coulter....thank you I had not heard skank in 44 years when a jerk called a nice woman a skank probably because she said no to his date request

Odd because Black americans were supposed to receive reparations after the civil war, 40 acres and a mule but the u.s. reneged on the deal.

We can’t right that wrong, but if there is any token that we can offer, we are morally obliged to offer it. Slavery may not be our crime, as individuals, but it was most definitely our nation’s crime, and our nation has never taken a single step to atone for it. 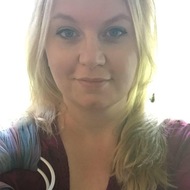 Reparations are not about slavery ....it is about repairing racism that continues in USA against Native Americans land and cultures African Americans culture and women raped to sell their babies....recouping wealth undeserved given to whites....racism against Asians and Latin Americans in all 50 states racism in Hawaii & Alaska.....

Because the Fox-bottle-blonde-brigade is the final word on... nothing.

I think the more important quotes are from Coleman Hughes:

"If we were to pay reparations today, we would only divide the country further, making it harder to build the political coalitions required to solve the problems facing black people today," Hughes said.

"We would insult many black Americans by putting a price on the suffering of their ancestors. And we would turn the relationship between black Americans and white Americans from a coalition into a transaction—from a union between citizens into a lawsuit between plaintiffs and defendants."

Hughes added: "The question is not what America owes me by virtue of my ancestry; the question is what all Americans owe each other by virtue of being citizens of the same nation. And the obligation of citizenship is not transactional."

Yup skank she is

You nailed her on the head..she really is a skank..

You can include a link to this post in your posts and comments by including the text q:364037
Agnostic does not evaluate or guarantee the accuracy of any content. Read full disclaimer.