At least 6.8 million Americans have already voted. Over 15 times more than four weeks prior to 2016 election.

So far, in battleground states, Democrats are outpacing Republicans in returned ballots by more than 2-to-1.

With 25 days until the general election, at least 6.8 million Americans have already voted -- at least 15 times more than about four weeks prior to the 2016 election, according to analyses done by the University of Florida's Michael McDonald.

Underscoring the unprecedented amount of early voting, Friday marks the first day that ballots go out in one of the five states that would've conducted this election by mail even if COVID-19 hadn't upended states' normal processes: Colorado. They are followed by Utah on Tuesday, Oregon on Wednesday and Washington and Hawaii on Oct. 16.

By the end of next week, voting will officially be underway in every single state.

So far, the data shows that in states where voters indicate party affiliation -- which include battlegrounds like Florida, North Carolina and Pennsylvania -- Democrats are outpacing Republicans in returned ballots by more than 2-to-1, according to McDonald's data.

In Georgia, another competitive state this cycle, more than 1 in 5 voters who've returned their ballots didn't vote at all in the last general election, according to Georgia Votes -- and less than 5% of returned ballots are from 18- to 29-year-olds, so that stat can't only be attributed to teens coming of voting age.

This because we learned the hard way in 2016 that democracy matters.
I mean just look.

Off course there's always the machine voting , and a quick call to dick cheney might help Trump put 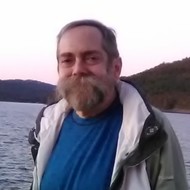 Yay! Things are moving the right way. Didn’t you say something elsewhere about a tsunami?

...someone’s going to get his fat ass kicked

Happy so many are getting out for early voting,have a feeling it is going to drastically move up in numbers very quickly

Thank you for the optimistic statistics, Kathleen! It seems people around me are particularly driven to vote this year, but that's just anecdotal so it's good to see a national trend. I've been struck by the number of businesses and groups such as eBay that have been promoting voting like they never have before. Just this morning I got an email from Credit Karma with links to voting information. I'm feeling hopeful.

Trump's lies about the "dangers" of voting by mail (which is somehow different from the absentee ballots he himself, his wife, and his Republican friends cast- this will remain a mystery for the ages) are coming back to bite him on his oversize ass. (Not that I'm one to criticize in that department, but I don't say things that will come back to bite me on the nethers.)

He's managed to convince so many people that ballots cast by mail are going to get thrown into a ditch, or sold, or lost- or, more realistically, that they'll be challenged in court and not counted at all if they don't arrive by election day- that voters are coming in early to make sure that doesn't happen to them. And I have nothing but intuition behind this, but it's my feeling that it's mainly Democrats voting early, since Trumpites tend not to be worried about risking Covid-19 and aren't bothered by the idea of showing up at crowded polling places. And as motivated as the Republican base may be, this year Democrats and anti-Trump Republicans are equally motivated to throw the rascal out.

So, ironically for Trump, his tirades against absentee voting seems to be leading to a surge in early voting and in-person absentee ballots, which should cut down the number of outstanding votes on election day for him to try and contest. He's making it easier for Biden to achieve a clearcut victory.

So what do you conclude from that

I personally conclude that Trump's managed to convince so many people that ballots cast by mail are going to get thrown into a ditch, or sold, or lost- or, more realistically, that they'll be challenged in court and not counted at all if they don't arrive by election day- that voters are coming in early to make sure that doesn't happen to them. Especially Democrats, who know Trump is going to try to challenge any late ballot that doesn't go his way, while paradoxically wanting to count any that are for him.

You can include a link to this post in your posts and comments by including the text q:542176
Agnostic does not evaluate or guarantee the accuracy of any content. Read full disclaimer.