There's a lot of debate every year about whether or not Die Hard and Home Alone are Christmas movies. Please answer the poll and then discuss below what you think qualifies something as a Christmas movie and why you answered as you did. 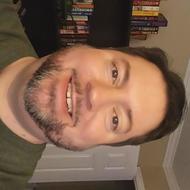 The real question is why anyone cares.

But the difference between them is in the body count between the 2 movies (and Alan Rickman, of course). The kid doesn't kill anyone to be reunited with his family and actually likes not having them around, which means this isn't actually about family togetherness which is the essence of modern Xmas (besides selling as much shit as possible). Die Hard showed the lengths a real family man will go through to not only be with his family during the holidays and work and compromise through family difficulties, but is also willing to kill a bunch of people who are in his way to do so - making this a true "spirit of Xmas" flick - with the bonus of them making new friends to share next Xmas with. Just ignore the bullet riddled corpse in the elevator.

To me, for it to be a Christmas movie, it has to be about Christmas... Christmas has to play a central role in the movie such that if it were removed, the movie would be radically altered.

Based on that: movies on Christmas are not by default movies about Christmas.

Consider the Die Hard and Home Alone would both work equally well around any other holiday, such as Thanksgiving. The set decorations would be different but the plot itself would remain unchanged. Just because they are set with Christmas as a backdrop doesn't make it a Christmas movie anymore than having WWII as a backdrop (such as Casablanca or The English Patient ) make them War movies

Compare this with A Christmas Story or A Charlie Brown Christmas or National Lampoons Christmas Vacation which, apart from having Christmas in their name, would NOT work at all around any other holidays because Christmas is an essential part to the story; the plot would radically change if any of those movies were not set around Christmas. This also applies to movies without Christmas in their title like The Grinch or Klaus which, none the less, would not work if they weren't about Christmas.

Very good analysis.
Is there a line between Christmas and Hanukkah? If the story would work as a Hanukkah movie, would that declassify it as a Christmas movie per your rule?

@JeffMurray
I think so; the two holidays are celebrated differently enough that they aren't interchangeable to me.

Consider that A Christmas Story could somehow be reframed as a Hanukkah Story. Jesus and catholism weren't big items in the original and the rifle being the present for teh first day... but the lead up to "the day", the fact that there are 7 other days to get gifts, the asking of it from Santa, the big reveal, all would be indelibly changed should it be about Hanukkah instead of Christmas.

On the flip side, consider Adam Sandler's Eight Crazy Nights: it could not be reframed as a Christmas movie for similar reasons.

@TheMiddleWay The gun could be the gift on the last day, and the asking Santa could be replaced with asking his parents...

Both but to me if decorations are visible it's a xmas movie. I'm easy like that

That's a good point. One of my thoughts was if it doesn't have any Christmas songs then it can't be a Christmas movie. But that doesn't apply to either of these it seems.

You can include a link to this post in your posts and comments by including the text q:559154
Agnostic does not evaluate or guarantee the accuracy of any content. Read full disclaimer.